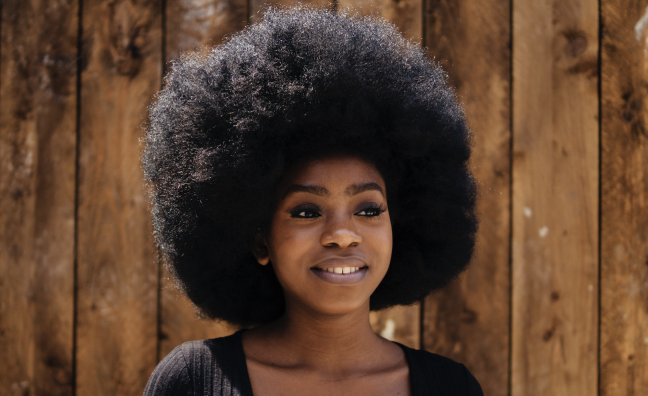 I can really relate to police brutality because I grew up in North London and I was around for the Mark Duggan incident [in 2011]. That was very close to my heart.

My partner has also been through something similar with someone he worked with being a victim of police brutality. They broke his neck and he’s now paralysed for life. These kinds of things happen very often, there’s not a light shone on them. People say it’s not a massive problem here, but it actually is. It’s just not spoken about. And that’s what we need to be forthcoming about.

People often pretend that racism doesn’t exist in the UK, but as a dark-skinned black person I can tell you I probably experience it every single day of my life, going to work, people touching my hair on the tube, making comments, even being in professional spaces and experiencing microagressions.

A lot of my non-black friends are now feeling the discomfort of this situation, but to be honest I don’t care, I feel uncomfortable almost every single day of my life. The only place you can really feel comfortable is inside your home, so there’s a massive problem.

Black Out Tuesday was great, things can always be better, but it was executed as best we could. As someone who is actually part of the movement and used the day to speak to my bosses, managers, CEOs in my company, [I can say that] there was a lot of work done and these things wouldn’t have been done if we didn’t have that day. I was quite surprised that it received so much support. Now, it needs to carry on, it can’t just be a one day thing. Everyone needs to have anti-racism training, especially managers.

In the music business, there’s a lack of education, I don't know why

I know we’re in trying times and people are losing their jobs and a lot of people are on furlough, but companies need to open their wallets. We definitely need to hire more black staff, we need to push more black staff into higher positions within companies, not just assistants or interns, contractors or temporary members of staff. We need a core programme to help black people in this country in the music industry. We all profit off black music, but we’re not seeing any kind of return. We need more initiatives that specifically say, ‘We are doing this to help black people’. This is not a person of colour issue, it’s not a BAME thing, it’s a black thing. People do have a habit of just lumping all ethnic minorities together and that’s where sometimes things get lost.

In the music business, there’s a little bit of a lack of education. I don’t know why. A lot of people don’t know when they are being racist and that’s where the problem is. It’s not actually about being violently attacked in the street or being called the N word, the stuff I’m talking about is things like comments about natural hair. It’s never happened in my workplace, it’s been amazing working at Live Nation and I’ve never had any weird behaviour happen. But outside of that, I’ve been to events where people have said, ‘Oh she’s got her nest on today’ making reference to my hair. I haven’t ‘got my nest on’, this grows out of my scalp. That’s ridiculous, you wouldn’t say that about a white person’s hair. Someone made a comment about me being fast once, ‘Oh she must be really fast’. I thought that was a bit of a weird thing to say. It’s really quite shocking.

Friends at labels have told me about meetings where A&Rs have gone in with an artist they want to sign and the boss has asked if the artist will ‘smoke away their advance’, just because they’re black. All of these stereotypes need to be broken, because it’s boring now.

I don’t want any other little black girls and boys to feel the way I felt and my sister felt growing up and still kind of feel. Seeing the little change we’ve made so far just keeps me going. I’ve made a little difference and I’m just going to try and make as much difference as I can as long as I’m alive.

I’m in a group chat with about 50 other black people in music of all different levels, from execs to assistants, and it’s pretty much agreed that we’ve all experienced some pretty horrific things in the music industry. Some of us have also been part of conversations that have really struck change within our organisations. With the Black Out, a lot of stuff wouldn’t have happened at these major corporations without us emailing our bosses saying this needs to change. Having that group gave us the confidence to say, ‘OK, I’ve never done this before, I’ve never had these kinds of conversations with people in my organisation, but I’m going to use my voice to make a difference’. There are a lot of allies in these companies, so we need to keep going.

I feel quite positive; I’m quite an optimistic  person. This has been happening for generations and generations. People at Metropolis have spoken about things that were happening in the ’80s and the change from then to now. Obviously it’s still bad, but there has been a change and it’s going to continue as long as we continue to fight.

I do understand that older people might be tired, they’ve been in the industry for 20, 30 years and they’ve been fighting. It’s not an excuse to give up, but I definitely understand if they take more of a back seat. But now is our time, the younger generation. It’s our time and it’s about time that we did something.