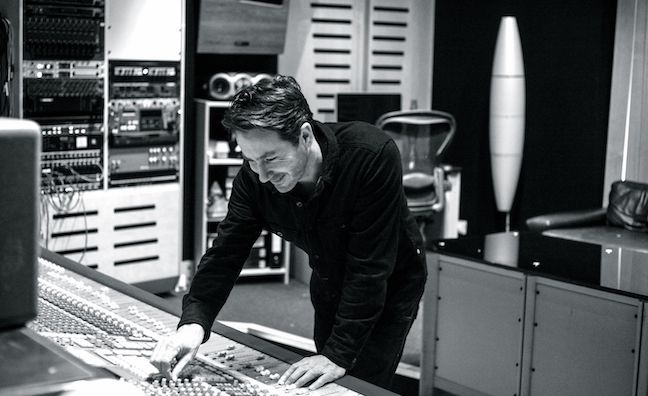 Here, Matt Lawrence, spatial audio engineer for Miloco Studios in East London, says the industry should embrace the opportunity of immersive listening for their artists’ repertoire...

Until recently, spatial audio technology was an unknown for most music consumers. Truth be told, it was hardly on the radar for much of the music business beyond producers and engineers squirrelling away in studios.

The likes of Dolby Atmos or Sony’s 360 Reality Audio have, however, been around for some time. Dolby Atmos debuted in cinema in 2012, with Pixar’s Brave (funnily enough this was also my first involvement, as I recorded the main title song with Mumford & Sons and Birdy). Sony’s offering was introduced some time later, in 2019.

If spatial audio has managed to pass you by still today, simply put: it’s an audio mix that surrounds the listener with music, immersing them in a way that was never possible before.

A landmark moment occurred for spatial audio in 2021, when Apple announced Dolby Atmos support for its Apple Music streaming service. By default, Apple Music would automatically play Dolby Atmos tracks on AirPods and Beats headphones with an H1 or W1 chip, as well as the built-in speakers in the latest versions of iPhone, iPad, and Mac. Moreover, Apple confirmed that it would add new Dolby Atmos tracks to its platform on a continuous basis, as well as curating a special set of Dolby Atmos playlists to help listeners find the music they love.

The promotional clout of streaming services’ editorial and playlisting in the modern music ecosystem is well known. This was the push the technology needed – a global brand with a subscriber base of more than 60 million at the time.

Now, the word is spreading and we are seeing more and more labels across the industry taking an interest in spatial audio’s commercial potential. The majors are fully on board – both Universal Music Group and Warner Music Group announced direct partnerships with Dolby Atmos in 2019, and 360 Reality Audio comes from Sony Music’s own parent, of course. But we’ve also seen an uptick in the interest from independent labels that were sceptical only a year ago.

There is still a level of cynicism towards spatial audio within the industry – as there has been to many new formats in the past. To an extent, it’s understandable. The prospect of returning to an album and tinkering with its production for the sake of some 3D effects can be a scary prospect for artists in particular. This is art, after all, and, as with any other production, in the wrong hands, a spatial audio mix can take away more than it gives. It takes some real care, attention, expertise and appreciation of the artist’s original vision to create – in Miloco’s case – an Atmos mix that is both technically and artistically impactful yet tasteful.

Then there are commercial concerns: there’s an element of people having been burned by new tech in the past. 5.1 surround sound is the obvious example – where consumers were encouraged to go out and buy expensive, specialist systems only to see the format disappear from the market almost as soon as it had arrived. Why should the music industry back a similar venture?

Well, spatial and immersive audio is a completely different proposition both for the music business and the consumer market. Crucially, consumers don’t need any specialist equipment. They can experience it with their phone and a normal pair of headphones via any number of digital platforms. With little to no barrier to entry, there’s nothing stopping the likes of Dolby Atmos being a mass market product.

And that’s not just crystal ball gazing on my part. The road to that end point is already being paved. The video games industry has really embraced the potential of spatial audio, as early adopters of the technology. It makes sense, with video games developers constantly looking for new ways to immerse their audience more deeply within their creations. Then came the film industry, which similarly strives to place viewers right in the middle of new worlds.

Now, video-on-demand services like Disney+ and Netflix all have audio options for Atmos playback. Likewise, more and more video games companies are working with Atmos audio.

As the increasingly service-based media landscape continues to compete for subscriptions and eyeballs, a value add like Atmos is going to become more and more popular until it becomes a standard offering across all audio-visual content providers.

That’s really important for artists, managers, labels and the wider music business to keep in mind. It means that the commercial potential for an impeccable spatial audio mix moves beyond that category of ‘nice to have’. It’s no longer simply a way to breathe new life into an old album.

Simply put, in the not-too-distant future, if you want your music to soundtrack the next Stranger Things, FIFA or Grand Theft Auto, it’s likely that you will have to provide a spatial audio mix – and a good one at that.