Blu-ray of light: How Porcupine Tree and Steven Wilson led the way on deluxe editions 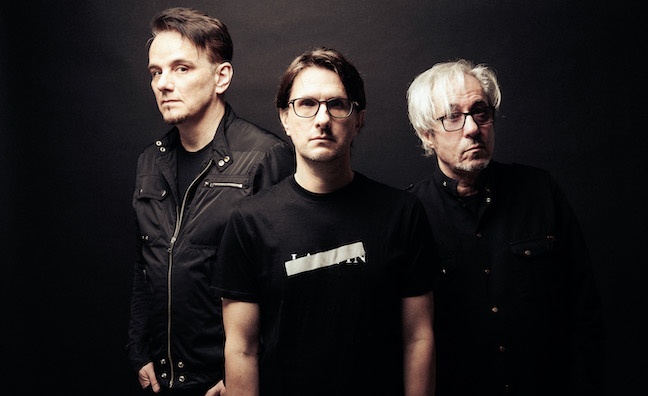 Porcupine Tree are back after 13 years with another ambitious rock album.

Closure/Continuation has been in a chart tussle for No.1 with Harry Styles, although its sales profile is very different. While Styles’ Harry’s House is geared towards streaming at this stage of release, Porcupine Tree’s fans are clearly physical music buyers. The album is set to be the band’s first Top 10 entry on Friday (July 1).

A limited edition audiophile deluxe LP set of Closure/Continuation is available in a 12” slipcase with bonus tracks, while the deluxe CD edition includes instrumentals, a Blu-Ray disc with 5.1 Dolby Atmos and HD audio, plus an extensive artwork booklet.

Even before their long absence, Porcupine Tree were committed to super deluxe album formats often including DVD-Audio for fans who wanted higher quality audio.

“We were trailblazers in that respect, not uniquely so, but one of the trailblazers,” frontman Steven Wilson told Music Week. “Now, of course, there’s barely an album that comes out on the day of release that’s not in some kind of deluxe format, so it’s become the norm and that novelty aspect is no longer there; it’s expected.”

Recently, a one-of-a-kind edition of Wilson’s The Future Bites, including two exclusive tracks unavailable anywhere else in the world, sold for £10,000, in aid of the Music Venue Trust.

Across his career as a solo artist and surround-sound mix engineer for other acts, Wilson has embraced Blu-ray for HD audio - an issue he spoke to Music Week about during a panel on Dolby Atmos for our Tech Summit last year.

“Steven is forward-thinking,” said Julie Weir, head of the band’s label Music For Nations. “He’s the poster boy for Dolby Atmos, for example. In a meeting with Apple recently, they were raving about him. He’s on a pedestal in the worlds of both music creation and music production. And he’s not arrogant about it. He’s happy to share his knowledge.”

Wilson suggested that now rock is no longer mainstream in the way it once was, its audience has become more discerning.

“Rock’s now become underground music,” he said. “It’s gone the same way as jazz, which was mainstream music in the first half of the 20th century, and became the underground connoisseurs’ cult music of the second half, because rock essentially pushed it out. I think it’s probably a good thing because there’s a lot more freedom. I think there are fewer aspirations for rock to be in the mainstream, allowing it to be more experimental.”