Tears For Fears' Roland Orzabal on their first album in 17 years: 'It was always in the balance' 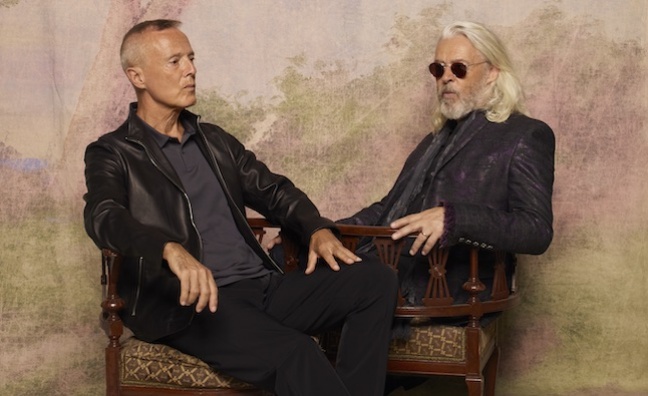 It’s official: Tears For Fears are back with The Tipping Point, their first new album in more than 17 years.

The duo have just dropped a new single, Break The Man, ahead of the LP, released by Concord on February 22. In October 2021, the pair released the first single and title track, The Tipping Point.

A limited edition Blu-ray of The Tipping Point features a Dolby Atmos mix from Steven Wilson, who in the past created surround mixes for the Tears For Fears classics Songs From The Big Chair and The Seeds of Love. Tears For Fears are signed to BMG for music publishing.

A UK tour is confirmed for July 2022 with special guest Alison Moyet.

Was there ever a time when you thought there might not be a new Tears For Fears record?

“It was always in the balance. We’d forged an album, back in 2016, and Universal – who had our catalogue – said, ‘We love this, we’d like to take two tracks and put out a greatest hits album’. The Greatest Hits came out, Rule The World, and it did very well. But we were left with a depleted album – once we’d taken those tracks off, we realised it wasn’t good enough. This coincided with a dark period of my life. I was having a lot of personal problems with my late wife who was becoming more and more ill with mental illness and alcoholism [Caroline Orzabal passed away in 2017]. So we dropped the ball for a little while. We went back to touring, and Curt [Smith, Tears For Fears co-founder] and my relationship got stressed beyond anything natural. We stopped communicating.”

So how do we arrive at this new album?

“Things started to look up. I did therapy, grief counselling and a couple of rehabs, met a new woman, and my general demeanour and approach to life started to brighten up. I sat down with Curt at the beginning of 2020 when he had one foot in the door and one foot out the door. We sat in his house and, for the first time in decades, wrote a song together and, by the end of 2020, we listened to the whole thing and went, ‘Wow’. Thank God we didn’t release anything in 2016 because this is the best of the two albums merged together. What’s most important is the narrative of going through dark times and coming out of dark times, as opposed to the narrative of just going through dark times.”

What made you partner up with Concord to release The Tipping Point?

“We’d been out of contract for pretty much 20 years, on and off. Although we’ve had huge hits, the music industry is youth orientated, so it’s not easy. When we shopped this album, there were people who wanted to sign it – big majors – but you then look at the contract, and you’re like, ‘That’s the contract you offered us when we were 18.’ We’re a bit wiser than that, we’re not struggling musicians anymore. You want to be with people that respect what you do, who are more, ‘share the spoils’. When we found Concord, they seemed far more enthusiastic about the whole thing. We’re really very much starting off like new again. Fingers crossed, something will resonate on a big scale. If it doesn’t, there are still going to be a lot of very happy fans.”