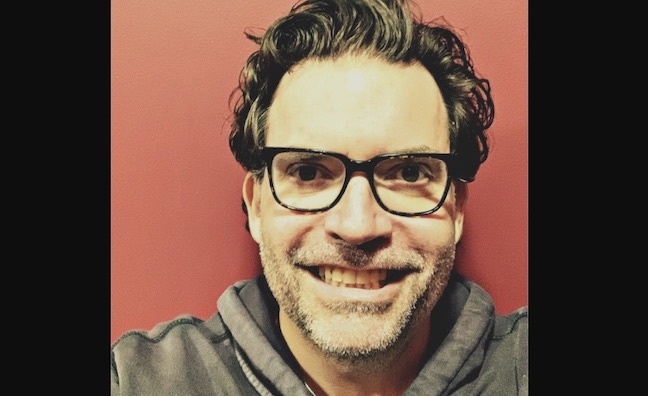 Songclip is a patented technology - a short, meta-tagged audio clip - that facilitates integrating and monetising music as a feature inside of apps and social media. The company recently partnered with Warner Music, in a deal which opens up the major’s catalogue to Songclip music integrations across video, dating and gaming apps.

Songclip was founded to support the booming creator-generated marketplace, which the company estimates is set to hit a $5 billion valuation (for music inside apps and social platforms). Here, Songclip’s co-founder and co-CEO Andy Blacker shares his insights on why integrating music into the creator community could be as significant as the emergence of music streaming…

At some point in the last few years, I unplugged my voicemail and switched from full sentences to emojis and LOLs. I did this as much for efficiency as to fit in. When I noticed that my 80-year-old father and my seven-year-old son were equally comfortable in this new world of expression, I knew it was not a moment, but rather a new evolution of mobile communication and social expression.

In the digital ecosystem, whenever large swathes of consumer behaviour emerge, there is usually a smart business or company waiting to capture that moment. We have seen this with search (Yahoo!, Infoseek, Excite, Lycos, Google) and with GIFs (GIPHY, Tenure, GiphyCat) and across many other sectors as well, especially with social.

As we looked specifically at the new behaviors of quick communication, my colleagues and I started to imagine a world where you could text a piece of a song to a friend or add a piece of a song to a social post. It remained a mystery to us how it could be that music, the global language, was not properly integrated into our messaging and creator tools.  Once we understood why it was not, we built a company to address all the issues and to bring forth a compliant marketplace that benefits consumers, apps, musicians and the music industry as a whole.

Thousands of apps are eager to pay to integrate popular music to create new consumer innovations like music filters, music stickers, music overlays on photos/videos, and music profiles for dating and text messaging. However, apps cannot integrate music as a feature because there is no efficiency for music licensing, there is no library of meta-tagged popular music clips built for the diversity of use cases and there is no solution to properly report and monetise label/publisher royalties for IP usage.

That’s why we built Songclip. Imagine finding out that product managers and business owners had long wanted and wished for music. In fact, many of them have already built out products, services and experiences that require music. However, without a clear path to use music, they don’t risk adding music. No one wants to run afoul of the music industry nor incur the costs of using music without permissions.

Songclip, in partnership with the entire music industry, facilitates the integration of music clips into apps across multiple sectors: photo, video, dating, fitness, gaming; and those apps pay to have music as a feature for their consumers.

The reason that apps pay is that music drives real value and ARPU. Think about it. Music sharing, creation and expression adds time spent on an app, drives deeper consumer engagements, provides new data cohorts and allows for new audio features and competitive offerings. As we often hear from apps and social executives, music is not a “want to have'' for consumers, it's a “must have” for consumers.

Music is for more than viral dancing teen videos. It's very basic to think that the only case for music is on social videos. And given our love of TikTok, Instagram and Snapchat, it makes sense that we can fall for that narrative.

That said, we haven't even seen the beginning of what's going to happen with music clips in gaming, fitness, dating and the ever approaching metaverse. The possible ideas are endless, and we have the good fortune of meeting with the thought leaders and product builders who are dreaming up new ways that we will interact with music in 2022 and beyond.

As consumers, this excites us. But as business people, we should all see how big an opportunity this is, for all sides. Our typical client is an executive that has built amazing features and services for her app and for her community. She's responsible for probably touching the lives of a million to 10 million to 50 million people on her platform every day. She's been able to build and launch filters, quizzes, community, expression and creative tools - and now she can properly add music to all of them.

Heads of product want to play and innovate with music. That is why the industry (Sony, Universal, Warner) supports what we are doing. And, to be honest, this feels like common sense. When I think about what we've facilitated, it's not an Oh my God moment. It’s simply that there's now a music note inside one of my favourite app(s), and I can finally do cool stuff with music.

We're making music in modern communication and creating the expectation instead of the exception, and we are making sure that all music is licensed, reported on and properly monetised. I don’t mean to be a broken record, but it bears repeating: integrating music as a paid for feature across apps and social media will be as important to the music industry as streaming.  And that is something that should thrill us all, both today and tomorrow.