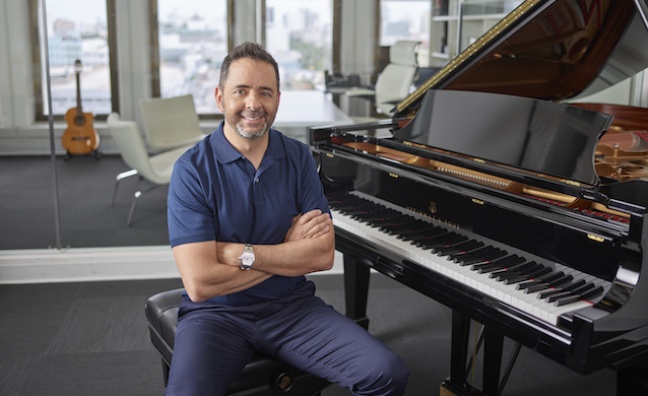 Jorge Mejia has been promoted to president & CEO of Latin America and US Latin by Sony/ATV.

The new role continues the Columbian-born, New England Conservatory Of Music-educated executive's rise within the publisher he joined as an intern in 1997.

“Jorge is a giant of Latin music and has been at the forefront of its phenomenal growth across the world," declared Sony/ATV Music Publishing's chairman and CEO Jon Platt.

"He is also one of the most forward-thinking executives that I have ever worked with. Jorge possesses a rare combination of outstanding musical knowledge and business acumen. This is a well-earned promotion and I know that under Jorge’s leadership our Latin division is in exceptional hands.”

“With Latin music firmly established as a worldwide phenomenon and the music industry continuing to grow, this is truly an unprecedented moment," suggested Mejia.

"I am grateful to Jon for the opportunity to serve at the next level at Sony/ATV, a company I love and where I have spent my entire professional career. I am thrilled to be working together on behalf of our songwriters in this moment of extraordinary potential.”

Last month Sony/ATV promoted Andrew Spence to VP, head of legal & business affairs as it shook up its legal department, while earlier this year it was announced that David Ventura and Tim Major would take charge of the music publisher’s British operation.

Among his many successes, Mejia signed Luis Fonsi to Sony/ATV. To read the inside story of Despacito's global success, click here.