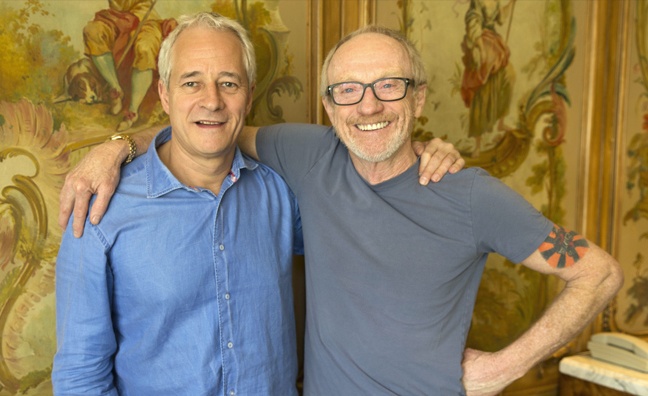 Chapman was the first signing to Blue Raincoat Music in 2016, a deal which saw worldwide hits including The Best by Tina Turner and Love Is A Battlefield by Pat Benatar become part of the Blue Raincoat catalogue. Across his storied career, he has written material such as Suzi Quatro’s Can The Can, Mud’s Tiger Feet, The Sweet’s Block Buster! And produced four albums with Blondie, including Parallel Lines.

Speaking about the deal, Chapman said: “If there is one thing I have learned over the last 50 years, it's the value of teamwork. Now I will have one of the most experienced and dynamic teams in the music business to help me accomplish my goals going forward. Looks like that fishing trip is going to have to wait! "

Emma Kamen, Blue Raincoat’s SVP business development has worked closely with Chapman since he originally signed. The original agreement – which covered the UK, France, Japan, Australia and South Africa –has now been expanded for the world.

Blue Raincoat founder Jeremy Lascelles said: “We were all pretty thrilled when we made our deal with Mike four years ago. It’s even more exciting that we are able not just to extend our relationship but to now represent his catalogue of songs for the world. A big hats off to Emma who has worked so closely and effectively with him on our behalf in that time. I would just like to add that not only is Mike an incredible songwriter, he is also one of the best people in the music industry to share a meal and a glass or three of wine with. Those stories!"

Last month, Blue Raincoat Music founders Jeremy Lascelles and Robin Millar spoke to Music Week about the return of Chrysalis as a frontline label. Subscribers can read the interview here.