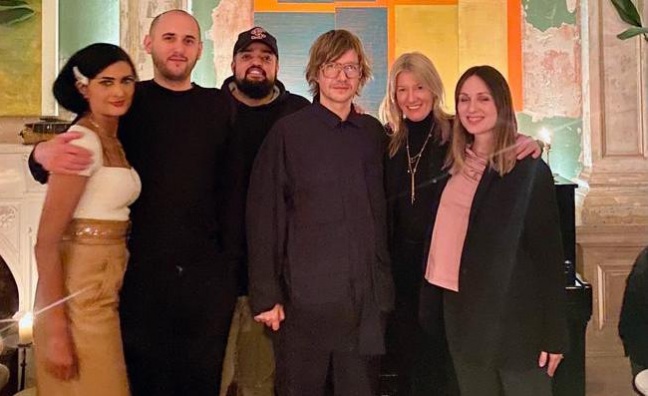 The deal for future works is effective immediately.

Co-writes include Love On the Brain for Rihanna’s album Anti. The song, which reached No.5 on the US Hot 100, has been streamed well over a billion times across platforms and is five times platinum in the US.

Kim Frankiewicz, EVP worldwide A&R at Concord Music Publishing, said: “I am delighted that Fred has signed with us. He is an amazing songwriter/producer as well as being a wonderful human being. He is a great fit to the Concord Roster.”

Fred Ball said: “I'm delighted to be part of Concord’s roster. Kim’s vision within the company is brilliant and I can’t wait to get stuck in with Anna, Tom and the rest of the team. It's a company with a genuine love for music. We instantly clicked and I’m really excited about working with them”.

Tom Coulson-Smith, A&R director at Concord Music Publishing, added: “I have been a massive fan of Fred's for years now, and it is a privilege and a pleasure to be working with him. His success to date, domestic and international, speaks for itself and everyone at Concord is very excited to be part of his journey."

Manager Dominique Brown at Roc Nation said:  "Meeting the team at Concord instantly felt like family. Excited for what the future holds”

Fred Ball has been nominated five times for a Grammy between 2015 and 2020.

Click here for our new interview with Kim Frankiewicz.