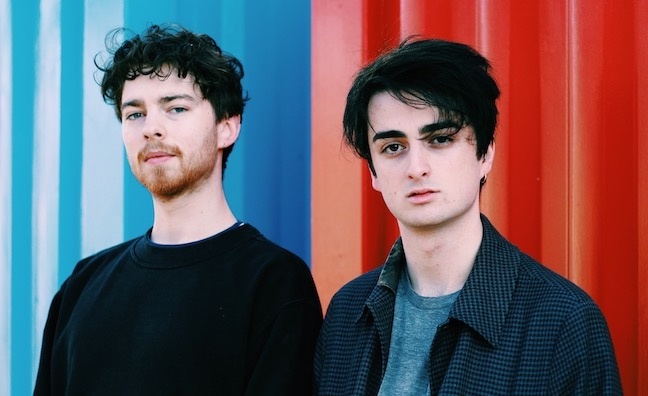 Independent label and publisher The Other Songs has signed an exclusive deal with Bristol-based dance duo Cousn through its publishing joint-venture with Kobalt.

Cousn's Alfie and Billy Goffey said, “As a company, The Other Songs represents everything that we stand for as artists: they are DIY, super-creative, hands-on, disruptive-yet-approachable. We are so genuinely excited to see what we can create in partnership with them and Kobalt.

"On a totally superficial level, you’ve got us, Alfie & Billy (cousins), joining forces with brothers Al and Billy who have a publishing company with Kobalt, whose offices are on Cousin Street. You couldn’t make it up, the stars are clearly well aligned on this one!”

The duo join the company’s growing roster of songwriters, which also includes Quarry and Ren.

“Cousn are modern day rockstars”, said The Other Songs co-founder Billy Webber. "The boys have lit up the underground DJ circuit in recent years and constantly push boundaries in their production and songwriting.”

The Other Songs co-founder Alastair Webber added: “Cousn are exactly what the electronic music scene needs. They're true artists making timeless music and working with them inspires us daily. It’s also fantastic to work alongside Alison Donald, Kenny McGoff and David Wille at Kobalt, and Cousn’s managers at Grade, Ed Karney & Isla Fabinyi. Big up the newest members of the The Other Songs family!”

Alongside supporting songwriters through its label and publishing division, The Other Songs’ event series brings together emerging and established artists to perform and collaborate, connecting them with representatives from TV, film as well as labels, writers and producers.

Most recently, The Other Songs collaborated with the BRIT School, raising money for the education and well-being for young artists, featuring interviews and performances from the likes of Nile Rodgers, Andrew Lloyd Webber, Imogen Heap and Leona Lewis.