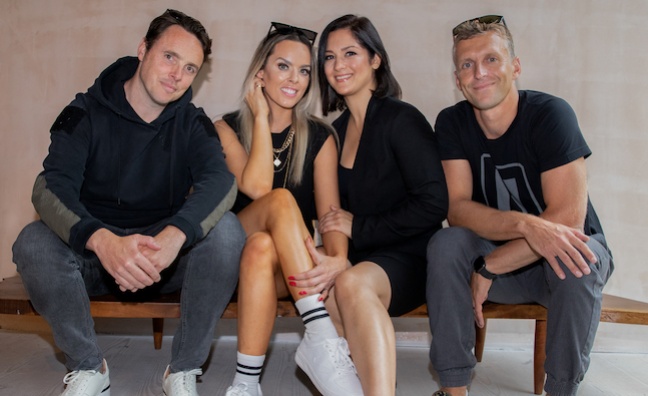 If you’ve been paying attention to the Music Moves Talent Chart, it will have been hard to miss the impact of Super Hi & Neeka with the single Following The Sun.

Currently at No.1 on the Music Moves Talent Chart, it has spent almost a year on the European rundown and has racked up more than 100 million streams, 250,000 radio plays and a million Shazams.

The early stages of the campaign included a major sync for Following The Sun. With the single’s evocation of escape during the pandemic, Blended pitched it in January for a Vodafone campaign for TV and online.

With the income from the sync, the label hired content agency Ozmoze to launch an influencer campaign across TikTok and Instagram in Germany.

“Since streaming success is driven both regionally and globally, we invested locally in Germany with a robust digital marketing campaign to connect the Vodafone exposure to the song and artist,” Ansatz Music founder Eric Fritschi told Music Week. “Internationally we were able to use the funds to bring on additional marketing teams and ended up with over 80 people working on building exposure and plays.”

Here, Alastair Webber, co-founder of The Other Songs (Blended label partner), takes us inside the campaign…

Following The sun had a big sync - how did that come about and help it gain traction?

“When we heard the song for the first time, we instantly thought that it would be perfect for the Vodafone TV campaign in Germany, so we sent it their way very early on. We kept updating them on the track's success, in terms of radio and streaming. When the actual sync request came in, we were absolutely thrilled. The campaign aired at the perfect time when radio spins really took off. We then did a TikTok and Instagram campaign and really helped to connect the dots.”

How are you working the track across multiple territories?

“Combined, we have been working in this industry for more than 40 years. All along the way we have met some creative, smart and independent thinkers across the globe and this is our team today - from Poland, Mexico, Spain to Australia, we have people that think differently and most importantly, they don’t give up.”

Are there any UK plans, are you hoping for a chart impact here?

“The band are from Bournemouth, so we worked the UK throughout summer, gathering momentum at Radio 1 (Tune of the Week), Radio 2 and Capital. And although the UK is our third biggest streaming territory, the single didn’t chart, so we will be driving a campaign again from spring ’22.”

“Following The Sun is timeless. It’s a feel-good summer song and Blended will be working on it every summer for a very long time!”