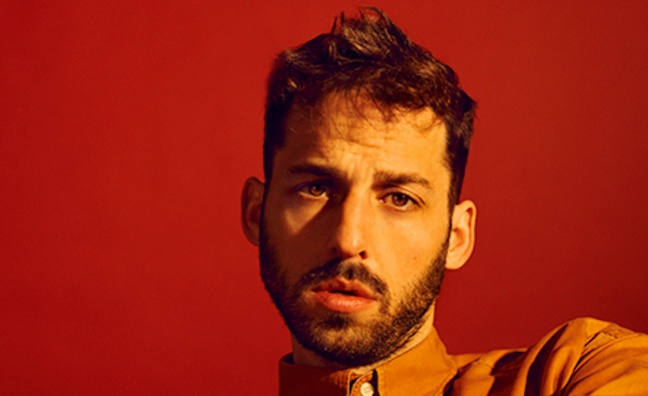 The independent music publisher will represent the Swiss DJ, composer and producer (real name Fabio Friedli) under the Faber Alt brand, a division dedicated to alternative artists and writers.

“It was an article on Pablo Nouvelle’s latest album, Piano Pieces, in Music Week a short while back that gave us our first proper introduction to the music of Pablo Nouvelle, and we are now delighted to add him to our Faber Alt. roster,” said Lucy Holliday, head of pop publishing/A&R, at Faber Music. “Fabio Friedli brings to us a hugely varied catalogue with some extremely exciting new projects on the horizon. We are so pleased to be able to work with such a versatile and all-round musician who can write great pop songs, compose neo-classical work, create excellent remixes and is a fantastic producer.”

As Faber is evolving in such an interesting direction with their small but smart roster, they are the perfect home for my upcoming releases

Nouvelle added: “I'm very excited to start working with Faber Alt. Who would have thought that Piano Pieces could open a door like this! But our collaboration will go far beyond neo-classical music. As Faber is evolving in such an interesting direction with their small but smart roster, they are the perfect home for my upcoming releases, which will be very versatile too.”

Pablo Nouvelle first gained international attention in 2012 with his self-released and self-titled album. His EP You Don’t Understand was released via Black Butter Records, followed by two albums, All I Need and Wired, issued via Armada Music.

At the beginning of the year, he released Piano Pieces, his first neo-classical solo album.

A prolific remixer and producer, Nouvelle has worked Anne-Marie, Aurora, Gorgon City, Jessie Reyez, Josef Salvat and Marina & the Diamonds. He is also an acclaimed animator with three award-winning short films. In A Nutshell, his latest, was longlisted for an Oscar.