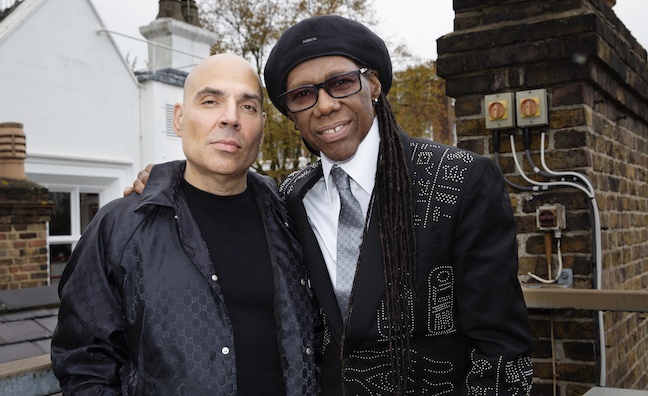 As the DCMS Committee prepares to quiz CEOs from the majors today (January 19) on the economics of streaming, Hipgnosis boss Merck Mercuriadis has called for a better deal for songwriters.

You can read Music Week’s in-depth preview of the key issues for the inquiry session here.

Nile Rodgers, an Hipgnosis advisory board member, gave evidence last month to the DCMS Committee inquiry into the economics of streaming.

“A music stream should be treated as a licence, not a sale,” Rodgers told MPs.

He added that artists and writers “do not get their fair share of the pie”.

Merck Mercuriadis has now spoken out in support of songwriters as the #FixStreaming debate gathers pace. While Hipgnosis’ business model is based on the dramatic growth in streaming, its founder has suggested that songwriters are still not getting their fair share.

“We’ve submitted our written evidence [to the inquiry],” he told Music Week. “Once they peel away the layers of that onion, what they’re going to get into is investigating the business practices of the major labels and the publishing companies that they own and control.

In the music business, without the song we don’t exist – it’s the energy that makes the world go round

Major labels often put significant investment into developing those songwriter artists who have gone on to become global streaming stars.

But trade bodies representing songwriters and publishers have long called for a greater share of DSP income compared to recorded music giants.

“We want to change that,” the Hipgnosis CEO told Music Week. “Because when you look at why streaming is so anaemic for a songwriter, or even for an artist, it’s not about what happens to the 30% that Spotify or Apple gets. The debate is what happens to the other 70%.”

While Hipgnosis would benefit from any royalty increase, Mercuriadis stressed that he wants to support songwriters.

“The main motive, above making money [for Hipgnosis], is to change where the songwriter sits in the economic equation,” he said.  “In the music business, without the song we don’t exist – it’s the energy that makes the world go round.”

Click here to read our new Q&A with Merck Mercuriadis on the rise of Hipgnosis.