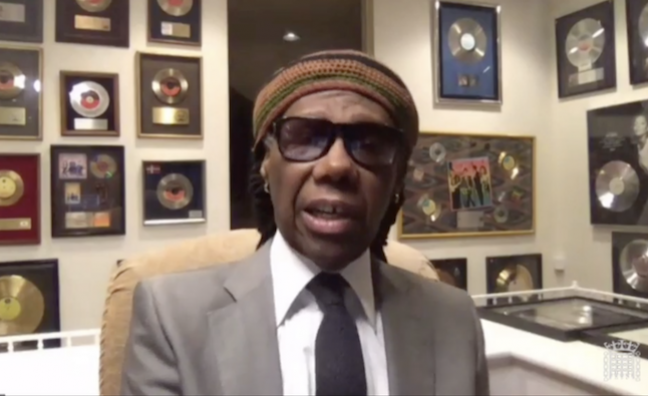 The second DCMS Committee session on the economics of streaming has again put the focus on remuneration for artists and songwriters.

“When initially introduced, streaming made a really positive impact in the music industry – in fact, to such a degree that some artists suggested it almost saved the industry,” he said. “But today, is streaming still a force for good? What impact is it having – positive and negative? And is the current revenue distribution structure fair?”

Kwame Kwaten, vice chair of the MMF and owner of Ferocious Talent, spoke up for the management sector and their artists and songwriters. Following the first hearing, the MMF said it welcomed discussions on “contractual reforms and improved transparency around licensing practices”.

Kwaten followed up the MMF’s collective call for an overhaul of “long-standing inefficiencies and outdated practices” in the streaming ecosystem. He called for an industry-wide solution to the “leaky pipe” of streaming royalties.

“Right now, there is royalty collection going on for writers that is going through two or three sets of hands before it gets back to writers,” Kwaten told MPs. “And I'm not just saying in this country, I'm saying collection outside this country. It needs looking at.”

Kwaten called for a “diverse” group of pan-industry figures – including from labels, management and tech – to address issues around accurate remuneration.

Music industry consultant Maria Forte acknowledged the positive impact of streaming but said it was now ripe for reform.

“As time has gone on, the industry has shoehorned traditional agreements and traditional methodology into how streaming is dealt with – and that has not worked,” she said. “And the result of that is, it's thrown up inconsistency and an inequitable division of royalties that emanate from that.”

MP Steve Brine went back to the early ’90s by asking Forte if The Wedding Present’s campaign of releasing a single a month would work today in revenue terms. While many artists are prolific in the streaming era, Forte (who works with David Gedge) said streaming would no longer suit an indie band like The Wedding Present.

“He won’t see any money because he’s an indie artist and the way money is carved up, it’s on a pro-rata basis,” she said. “If he does see any money [from streaming], it won’t make a huge amount of difference to the income he enjoys in his career, which is mostly from live.”

The lack of transparency is a really big problem

Songwriter Fiona Bevan asked what labels have to hide in terms of NDAs with DSPs.

“The lack of transparency is a really, really big problem,” she said. “We don't know the rates for each country because of the NDAs between streaming platforms, the publishers and labels. It’s basically un-auditable.”

She added: "The most successful songwriters in the world can't pay their rent. Right now, hit songwriters are driving Ubers."

In a bravura performance from the US (“I have a real problem with talking way too much”), Nile Rodgers said it was time for the artist-label structure to be “cleaned up” for the streaming era.

“A music stream should be treated as a licence, not a sale,” said Rodgers, who stressed that artists and writers “do not get their fair share of the pie”.

During his evidence, the Chic songwriting legend stressed that he has good industry relations at the highest level – a fact that may make his comments more damning.

“I don't look at my record label partners as enemies, I look at them as my friend,” he said. “I go to dinner with them. You know, when I'm in the South of France and I see Lucian [Grainge], we’re the happiest people in the world. But at the same time, Covid has given me a real opportunity to drill down on my numbers, and I am completely shocked.”

Covid has given me a real opportunity to drill down on my numbers, and I am completely shocked

Rodgers was philosophical about his label relationships, but he was emphatic about the need for transparency.

“I've been doing this all my life, and I look at the record labels as my partners,” he said. “The interesting thing about my partners is that every time I have audited my partners – every single time – I find money every time. So the thing is we absolutely must have transparency

“I am not making this up for dramatic purposes or comedic purposes, but every single time I have audited a label, I have found money – and sometimes it's staggering the amount of money. And that's because of the way that the system was designed right from the beginning with all of these relationships between the labels under NDAs. We don't even know what a stream is worth – can anyone really tell me what a stream is actually worth?”

Rodgers voiced his concerns that the potential scale of streaming would soon make labels too powerful to challenge.

In an appeal to the committee, he said: “It’s not the streaming services that we have a problem with. It’s the labels that are perpetrating this and we need to really address this. And if you have the power to do this – we don’t – we would be eternally grateful.”

And while the focus was on the audio streaming platforms, YouTube was again dragged back into the debate.

Asked about the static £9.99 price point for streaming subscriptions, Forte said: “There is an element of competition. But you always have to remember that they are competing with free, which is YouTube. Now, people access YouTube to listen to albums and to listen to tracks that they want, and that is free to people – and that's what [DSPs] are competing with.”