MPs' inquiry into DSPs: Can artists shift the economics of streaming? 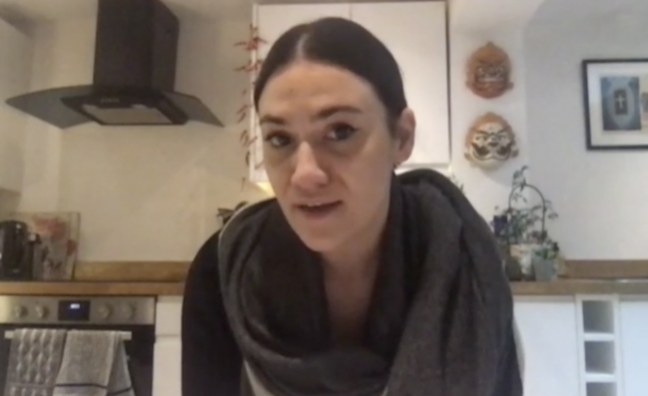 Streaming has powered the return to growth for the music industry, and it’s currently insulating majors against the impact of Covid-19.

But are the economics of streaming fair for artists? Today the #FixStreaming debate ended up in Parliament for the first session of the DCMS Committee inquiry into the impact of DSPs, with evidence from artists including Guy Garvey, Nadine Shah and Radiohead’s Ed O’Brien.

The discussion was always going to get a bit knotty at times (“I’m trying to understand and following along, it’s complex,” said one MP), but the message from artists was clear: artists are losing out from the streaming boom.

Tom Gray, the #FixStreaming campaigner and Gomez member, suggested that the loss of live income from touring during the pandemic has made the lack of money from streams more apparent.

“What Covid has done, it provides an opportunity for us to really see what we're making from recorded music – it's pretty horrific,” said Gray via his virtual connection.

The buzz phrase of the session was ‘equitable remuneration’ – basically, the right for artists to have the same equal split with labels from streaming as they get from broadcast. And Gray suggested that broadcast income is already falling, as streaming increases among young listeners.

“It does what it says on the tin, it's equal pay for equal work,” said Gray of his campaign for equitable remuneration. “[But] the big, powerful major labels, these huge behemoth corporations, won't let equitable remuneration into streaming, because it will eat into their margins. These are not bad people but they will not do anything to affect their share value.”

Of course, labels weren’t there to make their defence in today’s session. But MPs put the other side of the argument: would a sudden shift in the payments system stifle growth?

“I agree, streaming isn't broadcasting, it’s one-to-one algorithmic playlisting,” said Gray. “[But] equitable remuneration can be applied, you have the power legally to do it.”

When asked if it such a change might breach international trade treaties, Gray described that as “scaremongering”.

“Streaming is great for consumers, it's incredible - and they haven't raised the price of it in over a decade,” added Gray. “In real terms, though, music has been devalued by 26% in the streaming system, and that's before we get on to average rate per user going down and all these other problems that we have within the system.”

The big, powerful major labels won't let equitable remuneration into streaming, because it will eat into their margins

So how to fix such a complex problem, with artists tied into to historic contracts based on physical music sales? It’s possible that PPL could play a role if the Committee recommended a remuneration system for artists similar to radio.

“The intervention of a radio-like remuneration would be a way for government to intervene without undermining [commercial agreements],” suggested Tom Frederikse, partner, Clintons Solicitors.

In a series of lucid points, Colin Young of CC Young (winners of the accountancy category in the Music Week Awards) noted that no new administrative body was created for streaming remuneration. In the UK, 50% of the publishing revenue derived from streaming is attributed to mechanical and 50% is attributed to public performance. But for recordings, there’s no such split.

“Streaming is fundamentally different from a physical model,” he said. “I pay £9.99 if I stream 1,000, or I stream 100 [songs]. So what is being suggested is that that distinction be made, it should be part [mechanical] and part public performance. And that's where equitable remuneration kicks in, if you make the same distinction as we do on publishing.”

In addition to equitable remuneration, Tom Gray backed a user-centric payment system, which would help fund niche and regional music, although he expressed doubt that government could intervene at the contractual level.

“All of our money is going to Drake, Taylor Swift and Ed Sheeran,” said Gray.

Perhaps emboldened by Parliamentary privilege, there were strong claims made during the session.

“There’s nepotism and payment does change hands – I know it does,” said Gray, although he offered no evidence. He also drew attention to Spotify’s recent update to promoting acts on playlists.

Worryingly for the music industry, much of the focus was on labels’ own behaviour rather than DSPs. The lack of transparency and similarity of streaming deals with majors prompted MP Julie Elliott to comment: “It sounds like they’re operating as a cartel.”

Perhaps the most surprising revelation for MPs was Gray’s suggestion that contracts still include antiquated clauses, such as consideration of a proportion of CDs being damaged in shipments applying to streaming income.

Young acknowledged the benefits of streaming giants such as Spotify and Apple Music.

“They have transformed the music industry,” he said.

But he called into question the transparency of labels and streaming revenues, which he requires for auditing purposes.

“I need granular data and I need it at source – that’s why I’m frustrated,” he said.

Gray did praise the work of the independent sector in being more artist-friendly on streaming.

“There are still great indies out there, one of the biggest indies in the world, Beggars Group, are based in the UK,” he said. “Broadly speaking, the indies are doing what I would describe as more ethical deals than the major labels.”

And if YouTube was hoping to avoid being drawn into the discussion, they were mistaken. Gray branded their payments to artists an “obscenity”.

As an independent artist who emerged over the last decade, Nadine Shah (pictured) has seen the impact of streaming on her career. And she’s concerned about how the economics of the system has impacted her.

“We have to pay rent – we have to be paid fairly,” she told the committee. “A meaningful income is what I ask for. I don't want to throw anybody under the bus either. It’s what Tom Gray was saying earlier about equitable remuneration, equal pay for equal work and then a meaningful income from streaming. And I truly believe that it's entirely possible to fix streaming, and to make it work for everyone – the labels, the streaming platforms and the artists.”

Shah said fellow artists were afraid to speak out "because we do not want to lose favour with the streaming platforms and the major labels".

Asked about how she’s navigating streaming, she said the digital landscape has become challenging.

“I did have legal representation with me every time I signed a contract, and most musicians do, I hope that that's the case with all musicians,” said Shah. “But the landscape is changing all the time. The landscape is constantly changing, and it's not working.”

I truly believe that it's entirely possible to fix streaming, and to make it work for everyone –the labels, the streaming platforms and the artists

Shah described the Spotify tips system as “insanely condescending”. But she also praised the streaming service.

Kevin Brennan MP helped Shah’s cause by suggesting that people buy a physical a copy of the record, which has just been chosen as one the year’s best by BBC Radio 6 Music.

Elbow’s Guy Garvey picked up on the suggestion from some MPs that streaming is so cheap, it almost doesn’t feel right.

“If musicians are equitably paid, then it's a miracle, because then it's sustainable and then it's something for everybody to be proud of,” said Garvey. “The guilty feeling that came up in the last panel… I have that guilty feeling. But I don't think it's peculiar to people in the music industry. Anybody who weighs up the effort and the time that goes into making their art and into making these recordings… No, you shouldn't really have it in your pocket for £10 a month.

“Some of that better be going to the people who put it in your pocket in the first place. It's really as simple as that. The record labels, business organisations and businessmen are not very good businessmen, if they freely give away the profit margins, so they need a little assistance here.”

Elbow’s frontman did stress that he had a good relationship with his label, Polydor, who are “clear and accurate” on streaming accounts.

Garvey also warned on the impact the system is having on the next generation of bands. As well as calling for the introduction of equitable remuneration, he said the system of payments should be updated.

“The user-centric streaming model, I think, ultimately, would be very valuable,” he said. “There needs to be more transparency as well.”

As a founding member of the Featured Artists Coalition, Radiohead’s Ed O’Brien has long been a voice on rights for creators. The streaming system is now on top of his agenda during the pandemic.

“Young musicians who rely on live income are going to really struggle,” he said. “As Tom Gray said, we shouldn't be having this [debate] because live income has gone away, but because for so long live income has been like the band aid.”

But O’Brien also noted the positive impact of streaming on the music industry.

“From the end of the noughties to the beginning of this decade, it was down in the doldrums,” he said. “But now there's more optimism, there are more companies and definitely more money coming into it, greater budgets to do greater creative endeavours. It just needs some parity and fairness in the system. And not many artists… are really profiting from the spoils of streaming."