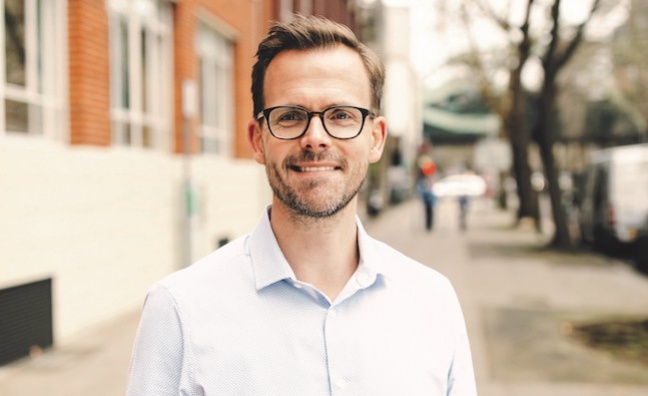 The Ivors Academy has said major music companies should be ‘regulated’ by the government in its submission to the DCMS committee inquiry into music streaming.

Day Two of evidence today saw the inquiry concentrate on songwriting, with speakers including Nile Rodgers, singer-songwriter Fiona Bevan and jazz star Soweto Kinch. After the previous artist-heavy session, the hearings so far have been front-loaded with creatives, many of whom have not found significant success in the streaming era. No one from a record label has yet given evidence.

And now the Ivors Academy has gone public with its potentially explosive submission, which makes a range of ‘recommendations’ to the committee and will likely be closely scrutinised at the offices of Universal, Sony and Warner.

Most notably, it calls for the government to “introduce regulation of the major music intermediaries - international corporate groups comprising both labels and publishing with revenues above 5% of world markets - with a code of conduct to create parity with how collective management organisations are regulated”.

It also suggests that the government “implement a package of copyright reform, based on the principles of liability of online platforms to provide greater transparency, improved contract terms and fairer pay for writers and performers”; and that it “set a timeframe to implement reform of collective rights management systems and the implementation of a minimum viable data standard for music recordings”.

“The Academy has called for such a standard to require basic metadata relating to the underlying composition so that that fewer streams fall into the un-allocable ‘black box’,” a statement said.

But it is the call for the biggest companies in the sector to face government regulation that will face eyebrows across the industry, including at the Ivors’ fellow UK Music members, labels body BPI. The industry has traditionally resisted all attempts at government intervention in favour of self-regulation, and UK Music chief executive Jamie Njoku-Goodwin called for unity between sectors during the investigation in his recent Music Week interview.

UK songwriters are the best in the world – but to remain a world leader, we need songwriters to get a higher value from streaming

That unity now looks under threat, and labels will be likely to note that the CMOs with which the Ivors compares them, do not invest heavily in new talent, nor do they face the same competition for artist signings on the open market, meaning labels have long since moved on from the 'one size fits all' approach to contracts.

“UK songwriters are the best in the world,” said Graham Davies, CEO of the Ivors Academy (pictured). “To remain a world leader, to recover from Covid and power the future UK economy we need songwriters and their publishers to get a higher value from streaming. We are calling on Government, through the DCMS Select Committee inquiry, to create a level playing field for songwriters by regulating the major music intermediaries, modernising copyright and addressing the streaming ‘black box’.

“Streaming has the potential to support the wonderful diversity of music that is being created in the UK,” he added. “But currently the majority of the value is going to a concentrated number of players. The Ivors Academy has campaigned for a government review of streaming with The Musicians’ Union and we thank the MPs on the DCMS Select Committee for taking this important opportunity to explore how streaming affects all parties, and how it can play a role generating equitable value for creators and businesses.”

Songwriters and artists have been hit hard by the live hiatus caused by the coronavirus, leading many to question their deals for revenues from recorded music. A recent poll of Ivors Academy and Musicians’ Union members found that 82% of respondents earned less than £200 from streaming across all platforms in 2019, with 50% saying their income from recorded music had declined over the past 10 years.

"The reality of being a songwriter at the moment is extremely stark because we're not being paid fairly for our work,” said Bevan. “I recently had a song on a UK No.1 album, the fastest-selling solo artist album of 2020, and it will surprise many people that, from what seems like an incredible success, I have only earned £100.

“Songwriters create the lyrics and melodies that people fall in love to, walk up the aisle to – the soundtracks of everybody's lives, but it's becoming increasingly difficult to make a living, largely due to the huge imbalance in how music streaming pay creators,” she added. “Britain has produced some of the greatest songwriters on the world stage, but unless these problems with the economics of music streaming are solved, new up-and-coming talented songwriters will simply not be able to survive, and the outcome will be an obliteration of cultural and artistic diversity."

Of course, a new generation of talent is also doing very nicely out of streaming – but those artists tend to be less vocal, and have been notable by their absence from the DCMS sessions.

The major labels and publishers will be hoping that they are called forward soon, or that some of their own executives can turn the tide of evidence back their way. Watch this space…

* To read our report on Day 1 of the DCMS investigation, click here. To make sure you can access Music Week wherever you are, sign up to our digital edition by clicking here.