Inside Kobalt's finances: President Laurent Hubert on the 'path to profitability' 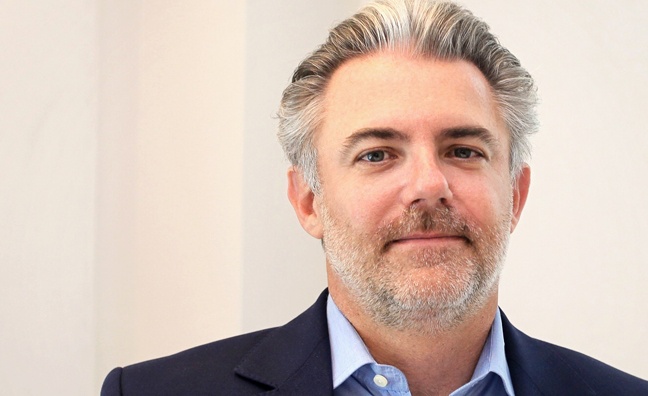 This week’s Music Week cover story on Kobalt continues to cause a stir. As well as the magazine piece, founder/CEO Willard Ahdritz has sounded off about his publishing rivals, and president of global sync and brand partnerships Jeannette Perez has taken us inside the company’s sync business.

But one thing, more than any other, fascinates the wider business about Kobalt: its finances. Despite being lavishly funded by the likes of Hearst and Google, and enjoying significant revenue growth, the company’s losses widened to $30 million (£22.5m) in 2016, from revenues of $260m (£195m).

Other publishers maintain that, in a profitable sector such as music publishing, such figures show an imbalance at the heart of Kobalt’s business model. So Music Week sat down with Kobalt president and chief revenue officer Laurent Hubert to get to grips with the figures…

Where will the future growth in Kobalt’s business come from?

“There are a number of areas where we believe there is significant growth, namely certain segments of the market where we haven’t necessarily had a presence in the past. Look at the film and TV business, where we believe Kobalt is a perfect fit with respect to its capabilities of collection on a global scale. Those are companies that have no intention, the vast majority of them, to build [their own] infrastructure, so the ability for them to tap into a scaleable and best in class infrastructure such as Kobalt is an area we will pursue.”

How about on the music side of things?

“If you look at Kobalt today the majority of the repertoire is Anglo-American and hit-driven. We think there is a lot of opportunity to grow with legacy artists; those catalogues can benefit from a best in class administration where the focus is on collecting every penny in every market. Look at repertoire such as urban, country and Latin music – this is an area where we think we are slightly under-indexing compared to the industry. We see strong growth in urban. Country music, we have an office in Nashville and we intend to be very aggressive in developing and signing new writers. And finally, and this was my initial reason to move to Kobalt, the B2B business being referred to us; being a solution for small to medium music publishing companies that are looking for an administration platform. We all know it’s getting increasingly challenging to administer in the current landscape, the increased volume and income sources and the fragmentation of copyrights makes it very expensive and sometimes cost prohibitive to do it on your own. If you don’t have the scale and can’t build to scale, Kobalt can be a good solution.”

Will publishing always be the cornerstone of Kobalt’s business?

“It’s a good question. We cover publishing, neighbouring rights and master recordings. Publishing will always remain a very significant share of Kobalt’s growth but that being said, we obviously also see significant growth in neighbouring rights. We’ve seen very good results in our business with the master recordings this year, we’ve essentially doubled our business compared to last year, so we will see growth in those areas. But clearly they don’t have the footprint of our publishing business, so their contribution to our whole worth is slightly different. But every business that we’re involved with has experienced growth. Naturally, music publishing still being the lion’s share of our revenue base, I’d expect growth to still be driven by publishing – but not entirely.”

You do publishing deals differently to the rest of the business. Doesn’t that make it much harder to make money?

“It’s sort of the opposite. As we’re getting to scale – and that’s a critical component – it’s actually getting easier to make money. We’ve invested a significant amount of money and continued to invest in a platform that we believe is best in class and through that platform we’ve spent a lot of time and focus reducing the frictions of our industry. The reality of music publishing is that administration is still messy, so if you find a way to make it a little less messy and do that on a global scale, you have huge economies of scale. The ability to use [Kobalt-owned collection society] AMRA has also made the process a lot more streamlined and efficient. As you reduce friction, you reduce your fixed costs and as you do that, you increase your profitability.”

A lot of people have seen Kobalt as a disruptor and it’s to a certain extent true, but we are more than that

But Kobalt hasn’t actually made a profit, not even after 17 years. When will that change?

“It’s a hard question to answer. What I can tell you is we have a path to profitability. The reason for our loss is because we are in a high growth phase. We could turn a profit in this company relatively quickly if we stopped investing, but that’s not the aim and the mission of Kobalt. We want to be a scaleable business that has significant critical mass across the different businesses we’re involved with, so it’s hard for me to tell you, ‘We’re going to make a profit next year’, because it’s not our goal. Our goal is first and foremost to continue to grow the business at a high pace.”

Other publishers believe you’ll never make a significant profit with your model.

“I don’t believe that’s the case at all. If you look at all the deals and our ability to scale up the business, I see an improvement in our profitability from a gross margin perspective. The reality is, we are more scalable, we’ve brought a lot more capital into our deal which enables us to improve our margin and, as such, I see our business as not only sustainable but eventually to get profitability on a sustainable level. The notion that you can not be a profitable business if you are competitive from a rate perspective is not a notion that we believe in.”

Do you mind Kobalt being seen as a disruptor?

“A lot of people have seen Kobalt as a disruptor and it’s to a certain extent true, but we are more than that. The design was not to be a disruptor but to say, ‘How can we bring more value to the different stakeholders in that value chain?’ I want people to have the opportunity to also see Kobalt as an enabler; an enabler for small operations which can not access proper administration, and for talent which can be fully empowered into making better decisions for their career because they have access to more information. I’d like people to look at us a little bit differently. I understand the notion of disruption, I understand it makes a great headline but we are at the mature stage from that perspective. Our goal is to create value and transparency and liquidity in the industry. If I’m a big disruptor by paying people fairly and paying them more, faster, then let me be a disruptor. But I call that good business.”