'It feels amazing to be recognised as songwriters': Little Mix's Thirlwall and Pinnock sign to Sony/ATV JV 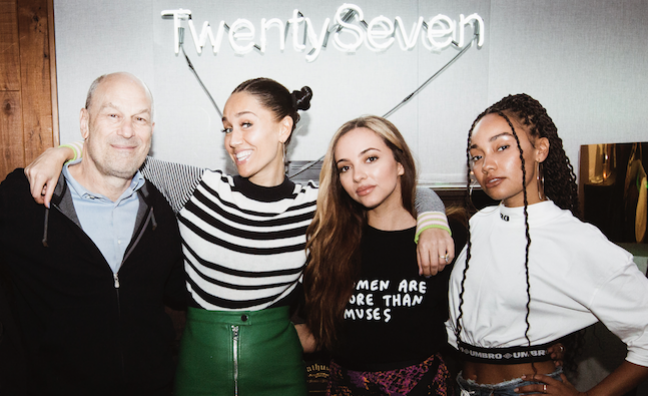 The deal was made through its new joint venture TwentySeven Music Publishing with industry veteran Barry Weiss and songwriter Jenna Andrews.

The BRIT award-winning group have 14 Top 10 singles, including five No. 1 singles.

Sony/ATV Music Publishing co-president, US, Danny Strick, said: “We are very excited to have launched this new joint venture with TwentySeven Music Publishing. Barry’s long and distinguished record in the industry speaks for itself and he has a first-rate partner in Jenna whose talents as a Sony/ATV songwriter are coupled with her gifts for discovering and nurturing talent. The JV is off to a great start with Little Mix and embodies the high expectations we have for this partnership.”

Weiss and Andrews, TwentySeven Music Publishing co-founders, said: “We’re an unlikely pairing of business and creative but the alchemy really works. We’re ready to kill it in the world of music publishing and are excited about Little Mix, our other new signings and the opportunity to partner with everyone at Sony/ATV.”

Thirlwall and Pinnock added: “We’re so excited to be a part of the Sony/ATV and TwentySeven team! It feels amazing after eight years in the industry to be recognised as songwriters. We can’t wait to begin our journey with Jenna Andrews and Barry Weiss.”

The Little Mix pair are one of several initial signings to TwentySeven Music Publishing.

Weiss, formerly an executive at Jive/RCA/Sony and Universal/Island Def Jam/Republic/Motown, is co-founder/partner of the Sony Music label venture Records, where Sony/ATV songwriter Andrews is an A&R consultant. The new publishing venture’s operations include a studio set-up in Los Angeles, where A&R consultant Randi Razzano is based and there are plans to appoint an A&R consultant focusing on urban.