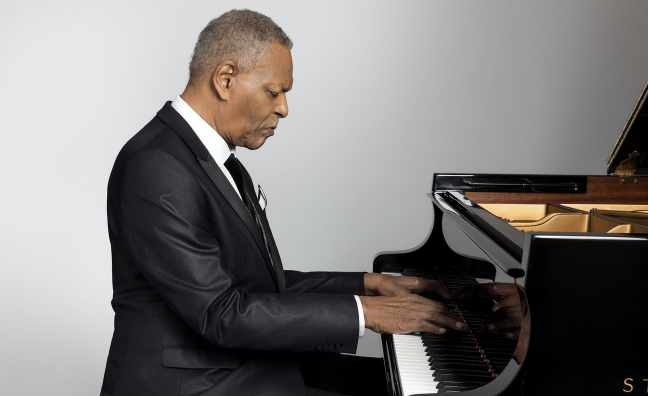 Tyner, famed for his solo music and his work with the John Coltrane Quartet, passed away in March this year, and the Kobalt agreement covers admin and sync services for his entire catalogue.

Kobalt’s executive vice president, business development, Merril Wasserman, said: “McCoy Tyner was a jazz powerhouse with a sound that inspired and influenced many other musicians. It is an honor to represent his catalog and carry out his legacy with his great estate.”

Scott Austin, chief operating officer, ALG Brands, managers of the McCoy Tyner estate, added: "Over his six decade career, McCoy Tyner composed one of the most influential and diverse music catalogues in jazz history, and we are pleased to entrust the administration of his revered repertoire with the innovative team at Kobalt Music.”

McCoy Tyner was a jazz powerhouse

The musician’s son Deen Tyner said: "It's been a great pleasure to partner with a prominent company like Kobalt Music. Kobalt's experience in the field of music publishing administration, as well as an openness to all forms of music will help in the preservation of McCoy Tyner music for generations to come."

As a member of The John Coltrane Quartet, five-time Grammy winner Tyner performed on classics including My Favorite Things, A Love Supreme and more. He also worked with Quincy Jones, George Benson, Carlos Santana, Stanley Clarke and more, across a total of almost 80 recorded albums as a featured artist, bandleader or musician.