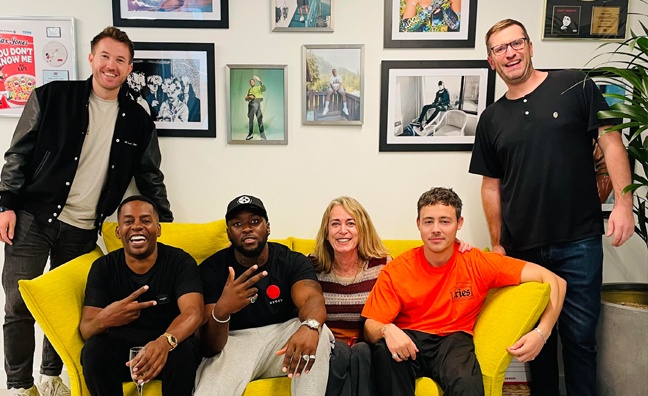 The deals will include global sync and creative services for both Funfair and James Essien's future songs.

Founded by Brown, Funfair Music is a management, record label and publishing company. Speaking about the deal, Brown said: “I feel incredibly fortunate that the first signing to Funfair Publishing's new partnership with Kobalt Music is a songwriter and producer whose talent is truly world-class. The sky is the limit with James and the team around him, including Lewis Thompson and James’ manager, Blak, is approaching every situation with a level of ambition that matches James’s potential. With some huge co-writes on the horizon, I know James’s career in the next 3 years will go from strength to strength!”

Kobalt head of creative, UK, Alison Donald, added: "We are delighted to partner with Tyler for Funfair Publishing and super excited to work with him and his writers to establish a boutique publishing destination. He brings a wealth of expertise, knowledge, and an entrepreneurial spirit, and I have no doubt he will become a formidable publisher.”

Kenny McGoff, head of A&R, UK, Kobalt said: “We're all over the moon working alongside Tyler Brown, Lewis Thompson, and their first signing James Essien. From the moment we heard and felt James' songwriting and incredible voice, we were blown away. Our colleagues in the US were also as excited to be part of this wonderful journey alongside Tyler, Lewis, and of course, James and his manager Blak.”

Essien commented: “Having the best of both worlds – two powerhouses combined into one situation is only going to result in greatness.”

Essien’s manager, Blak concluded: “It was only a matter of time before the world got to hear James’s greatness and who better to bring it to the world than Kobalt & Funfair Publishing.”