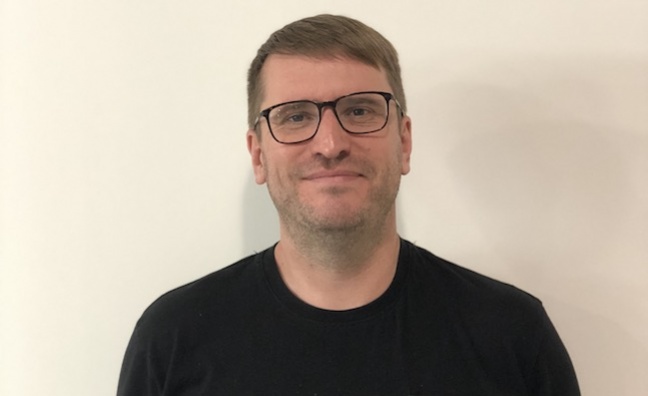 Kobalt has promoted Kenny McGoff to head of A&R, UK.

Kobalt head of UK creative for publishing and recordings, Alison Donald, said: “Kenny has made an incredible contribution since joining Kobalt and this promotion couldn't be more deserved, his passion, drive and commitment to his writers/artists and colleagues is second to none. I'm excited about where he will lead the team next.”

McGoff joined Kobalt from Songs over two years ago. Starting in independent record shops, then HMV, he first became a publisher at EMI, followed by Sony, Ultra then Songs. Over the years, he has signed and worked with Calvin Harris, Paul Epworth, Kasabian, Eric Prydz, Bloc Party and Arctic Monkeys, among others.

Since being at Kobalt, he has signed Gerry Cinnamon, as well as Slowthai, Jem Cooke, Eloise and Joesef.

McGoff said: “The past two years since joining Kobalt have been tremendously rewarding for me. Incredible music, global creative interaction and creative team are a joy to be part of and share. Our Kobalt roster is full of fantastic songwriters, artists and musicians who are as wide and varied as they are successful. I’m very grateful to Alison for this promotion and hope to continue to grow the business with great music while maintaining Kobalt’s core values.”

He added: “I’d also like to thank Sas Metcalfe as chief creative officer. Her love for music and the songwriter knows no bounds. Under her leadership we share music and ideas daily with each other across the world. I’m proud to be part of a truly global creative family.”