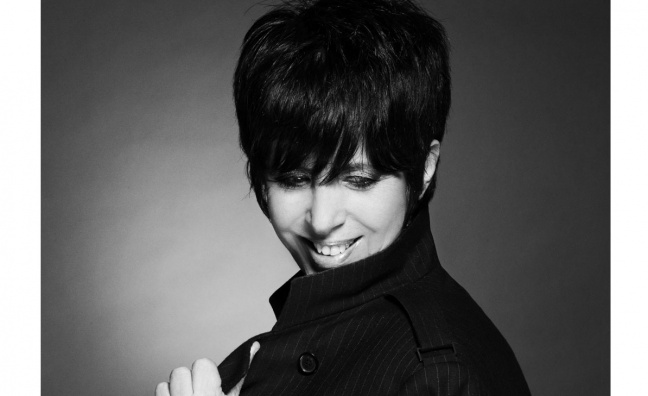 Diane Warren, one of the most successful songwriters of modern times, has signed new global publishing and recording deals with BMG.

Under the deals, BMG will administer Warren’s entire Realsongs catalogue outside of North America. Previously, Realsongs went through Universal Music Publishing Group ex-the US and Canada. BMG will also release her forthcoming album, featuring her recent songs “recorded by an array of acclaimed artists”, later this year.

In her career, Warren has had an incredible nine US No.1 singles and 32 Top 10 US hits. She has won a Grammy, an Emmy and a Golden Globe award, and has been nominated for an Oscar 11 times.

“I'm thrilled with my new deal at BMG,” said Warren. “I love the BMG team. They have hit the ground running! There is so much already happening that I know this year is going to be amazing. To say I've never felt so much enthusiasm and excitement is an understatement. It's great to have a team behind me like this. This is just the beginning of a fantastic journey filled with hits!”

Thomas Scherer, BMG EVP, repertoire & marketing, Los Angeles, said: “Diane is one in a million. She is exactly what a global publisher like BMG wants and needs. Her catalogue is full of evergreen titles written 100% by herself, a catalogue of beautiful and unreleased treasures, to pitch to artists around the world for sync at film, TV, and commercials. Every day she is writing new smash hit songs. The entire publishing team at BMG is proud and honoured to be at service for the one and only Diane Warren.”

John Loeffler, BMG EVP, repertoire & marketing, New York, said, “A world-renowned songwriter, with honours in every imaginable category, Diane has never actually placed her own name on the cover of an album before! Featuring a ‘Who’s Who’ of A-list artists collaborating and performing her new songs, this album is the breakthrough record she so richly deserves. Fans will remember these songs forever and we are thrilled to be part of this historic release.”

As Scherer noted, Warren’s songwriting catalogue, which includes the likes of Aerosmith’s I Don’t Want To Miss A Thing, LeAnn Rimes’ How Do I Live?, Toni Braxton’s Un-break My Heart, Starship’s Nothing’s Gonna Stop Us Now and Paloma Faith’s Only Love Can Hurt Like This, is particularly valuable as – unlike many contemporary hitmakers – Warren usually writes alone.

* To read our 2018 interview with Diane Warren, click here. To make sure you can access Music Week wherever you are, subscribe to our digital issue by clicking here.