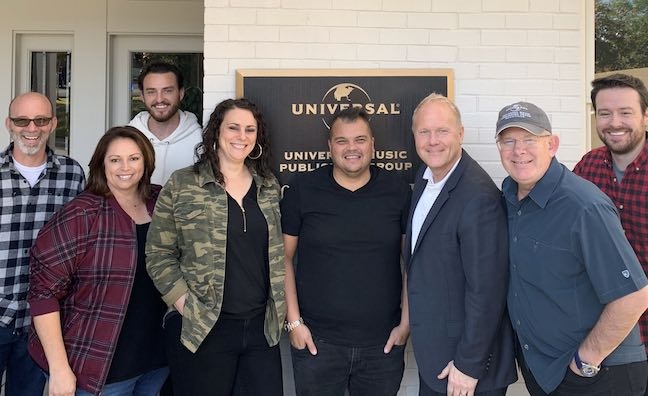 Ebach, who was named SESAC’s 2017 Songwriter of the Year, has had US No.1 songs including Good Girl by Dustin Lynch, Here Tonight by Brett Young, Singles You Up by Jordan Davis and Sleep Without You by Brett Young.

He has co-written songs that have been recorded by Lady Antebellum, Luke Bryan, Jake Owen, and Dan & Shay, as well as rising artists including Jimmie Allen, Mitchell Tenpenny, and Maddie & Tae.

Missy Roberts, senior creative director at UMPG Nashville, said: “Ebach has quickly become one of Nashville’s premiere multi-genre writer-producers. His work ethic and drive are second to none. We could not be more honoured that he chose to bring his immense talents to UMPG.”

Ebach said: “I am extremely excited about this new partnership with UMPG. Missy Roberts has been someone I’ve admired as a publisher for many years. Troy Tomlinson taking over leadership really confirmed that UMPG is where I want to be in this new creative season.”