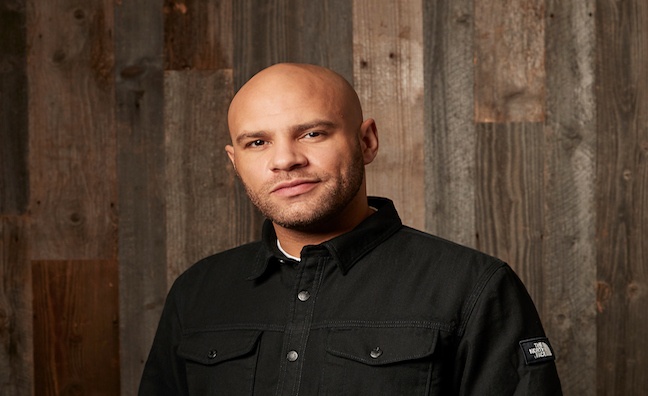 Paul Smith has today (October 30) been promoted to the newly created role of vice president, A&R and international songwriters at Warner Chappell Music.

An official press release stated that in the role, “He will further strengthen relationships between the songwriters on the music publisher’s global roster, driving collaborations both between them and with major recording artists worldwide.”

Smith has been with Warner Chappell since 2016, beginning as senior international creative manager and moving up to creative director and has worked to boost the frequency of international collaboration among WCM songwriters with songwriting camps in London, Stockholm, Los Angeles and Nashville.

Based in London, Smith will report to Mike Smith, WCM’s UK MD, and also have a dotted line into Shani Gonzales, the company’s newly appointed EVP of international A&R.

Commenting on his appointment, Paul Smith said: “I’m delighted to take on this pivotal new role at Warner Chappell. The songwriting business is more global than ever, and the partnerships we’re seeing across cultures are truly inspiring. There’s nothing more rewarding than connecting songwriters and helping them maximize their collaboration opportunities on an international level.”

In other Warner Chappell news, the publisher has also announced it is introducing ARROW (an acronym for A&R Representing Our Writers) – a new database dedicated to “fostering international collaboration and accelerating the global pitch process for songwriters’ music.”

The internal songpitching tool was developed by the team at Warner Chappell Nashville.

An official press release said: “The publisher’s A&R experts worldwide will use ARROW to seamlessly search and share unreleased songs internally across the company, and pitch them for commercial use.”

Speaking about the announcements, Guy Moot, co-chair and CEO, Warner Chappell Music said: “The elevation of Paul and creation of ARROW reflect our commitment to finding new ways to better serve our songwriters globally. We’re invested in promoting outstanding executive talent internally, and Paul is the perfect fit to help us drive our international strategy forward.”

Mike Smith, UK MD, Warner Chappell Music said: “Paul’s passion and enthusiasm for music coupled with a deep knowledge of the market make him a huge asset to Warner Chappell. He’s been instrumental in the careers of so many of our songwriters and is always looking for global opportunities to help them take their craft to the next level.”