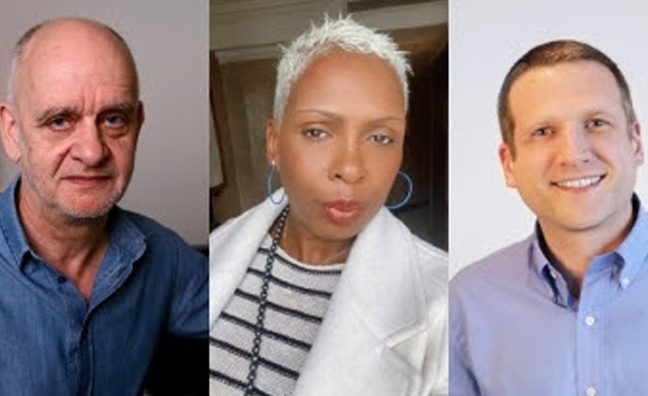 The PRS Members’ Council has revealed some changes. Today (October 25), the award-winning media composer Julian Nott has been appointed as its new chair, effective January 1, 2023.

Julian Nott, who was elected to the PRS Members’ Council in 2021, having previously served on the PRS Board from 2010 to 2019, has scored music for some of the UK’s most successful productions, including Wallace And Gromit, Peppa Pig and Ben And Holly’s Little Kingdom. His composer credits also include Lark Rise To Candleford and ITV's The Vice. Nott's previous roles have included working as a management consultant with Arthur Andersen Management Consultants (now Accenture) and as a writer for the Economist Publications. He also sits on the MCPS Board as the Writer Representative.

With over 30 years’ experience as a composer, Nott has won an Ivor Novello Award, an Annie Award and received a BAFTA nomination in recognition of his work.

Speaking about his new appointment, Julian Nott, said: “I am honoured to have been elected as chair of the Members’ Council, and look forward to working closely with Andrea, Michelle and Alex to drive PRS’ ambitious agenda. The Members’ Council and PRS Team are aligned in our desire to ensure we deliver the best possible society for members. I would like to personally thank Nigel Elderton, his tireless efforts and leadership as our chair have been instrumental in PRS for Music’s evolution and successes.”

The Members’ Council’s new deputy chair Alexander Kassner is also a director of MCPS and PPL PRS Ltd, as well as chair of the Popular Music Publishers Committee of the MPA. He has been responsible for business affairs at the Kassner Music group since 2009 and a PRS Publisher Director since 2020.

As PRS evolves and grows, the Members’ Council will have an essential role in setting our future direction and ensuring we remain a world leading society

Speaking about his new role, Alexander Kassner, PRS Publisher Council member, said: “I look forward to starting my new role as Deputy Chair and supporting Julian and Michelle in collectively promoting positive change and innovation. My sincere thanks to Dru Masters who throughout his tenure as Deputy Chair has provided his leadership and industry expertise to support the Council’s important activities.”

Michelle Escoffery, who has been re-appointed as president of the PRS Members’ Council, was first elected in 2021. Throughout her tenure she has advocated for a stronger member community within PRS for Music and greater support for up-and-coming writers. This year Escoffery pioneered the launch of PRS Members’ Days and provided a renewed focus on songwriting camps, including most recently in Lagos, Nigeria.

Speaking about her reappointment, Escoffery, said: “I am delighted to have the opportunity to continue as the PRS president and I look forward to accelerating the championing of music creators of all statures, genres and backgrounds.”

Last month, PRS For Music announced a £211m royalty distribution to members, marking the highest ever payment in its history, and a 18% year-over-year increase on October 2021.

Nigel Elderton, chair of the PRS Members’ Council, said: “Congratulations to Julian and Alex on their appointments. The Council is left in your safe hands, and I am confident you will continue a path of success for the members of PRS. My congratulations to Michelle also, whose advocacy on behalf of members have already made a marked difference to PRS”

Andrea Czapary Martin, CEO, PRS For Music added: “My congratulations to Julian and Alexander on their appointments, I know their significant expertise and experience will be an enormous asset to PRS. Also, huge congratulations to Michelle on her re-appointment as President. As PRS evolves and grows, the Members’ Council will have an essential role in setting our future direction and ensuring we remain a world leading society.”