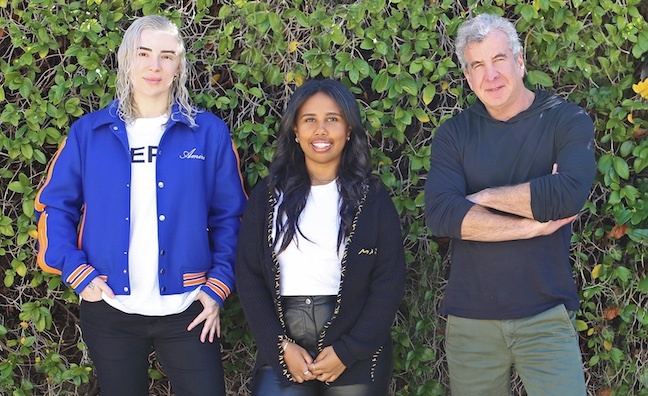 Makuria joins Pulse Music Group from Artist Publishing Group (APG), where she worked as senior director of A&R. She will be based at the Los Angeles headquarters and her responsibilities will include signing and developing Pulse’s roster of artists, songwriters and producers.

“In addition to her undeniable strengths in working with and developing talent, what we recognize in Tizita is an A&R approach that matches our own,” said co-CEO Scott Cutler, co-CEO Josh Abraham and president Ashley Calhoun. “She really digs in and customises strategy for each of her clients to help champion them to that next step in their careers.

“Tizita is the perfect complement to our Pulse family and she is joining us at a very exciting time. Our A&R team has been firing on all cylinders and our artists, songwriters and producers have been creating authentic, tremendously impactful moments that are connecting. The quality of our roster is exceptional and we aim to match their level of commitment at every turn.”

“To me, A&R is much more than just scouting and signing talent,” said Tizita Makuria. “I’m involved in the studio and focused on giving clients the right environment and support to make the best records possible. I have been watching from afar what the team at Pulse Music Group have built and how successful they are at developing this new vanguard of influential and heavyweight talent - and I knew I wanted to be a part of this. I’m very thankful to Scott, Josh, and Ashley for this opportunity. It is an honour to join Pulse Music Group and to be a part of this exceptional team and culture.”

At APG, Makuria worked as the A&R contact for songwriters Amy Allen (Harry Styles, Selena Gomez, Halsey, Camilla Cabello, Shawn Medes, Sam Smith) and Derrick Milano, who was the Best Rap Song winner at Grammys for Savage Remix by Megan Thee Stallion featuring Beyoncé in addition to songwriting credits with the likes of Justin Bieber, Pop Smoke, Cardi B, Nicki Minaj, and more. She also served as A&R contact for Jason Derulo, who has over 30 million singles sales.

Makuria got her start in the industry after an A&R internship at Atlantic Records led to an opportunity with APG. Makuria joined APG in 2015 and quickly moved up through the A&R ranks, named senior director of A&R in 2018.