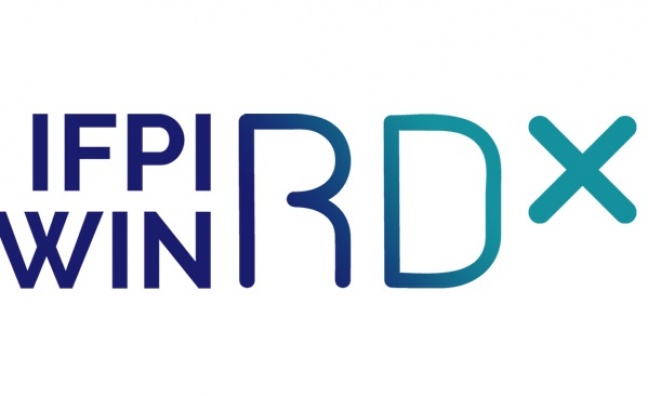 The system claims it is the first to let labels exchange data with music licensing companies via a centralised hub and has already processed one million pieces of repertoire data, as the biz's attempts to standardise data for the digital age continue.

RDx is current used by the likes of Beggars Group, Sony Music, Universal Music Group and Warner Music Group, while Finland's Gramex, PPL UK, Canada's Re:Sound and The Netherlands' SENA receive data from it, with more expected to join in the coming months.

“Music companies have made it a priority to invest in and develop systems for music data to be accurately managed and reported. Now live and available worldwide, RDx will significantly contribute to this aim," suggested Frances Moore, chief executive of IFPI. "The addition of more and more record companies and music licensing companies (MLCs) will drive further operational efficiency and cost reduction for music rights-holders, whilst also enabling MLCs to retrieve authoritative repertoire data from a single point – further enhancing the speed of accurate revenue distribution.”

Charlie Phillips, COO at WIN, said the new system will be very useful.

“RDx is a tool that can substantially simplify the delivery by independent record companies of their repertoire and rights data to music licensing companies around the world," he said. "WIN has long advocated for the benefits of a ‘global single point of entry’ for performance rights data, available to all rights-holders and MLCs. The 50:50 joint venture between WIN and IFPI has delivered on this objective, with the initial participants in the project having now set up RDx for all other right holders and MLCs to join from now.”

Following a tendering process, PPL UK was selected to develop and operate the technology systems behind RDx, and its chief executive, Peter Leathem said he was pleased it was now fully operational.

“We were delighted to be selected by IFPI and WIN to deliver RDx, and we are proud to have been able to launch such an innovative and transformative service on time and on budget," he said. "As a user of RDx, PPL has already begun to see the benefits of improved standardisation and quality of repertoire data, and the automation and efficiency that RDx enables.”

Otis Quinn, VP, technology, of Re:Sound said he too was pleased with the system's launch, declaring: “Re:Sound has been part of the RDx project team from its inception. Authoritative data plays a critical role in our operations because it provides transparency and accuracy, enabling us to pay rights-holders more efficiently. The volume of data we handle has grown exponentially and Canadian recordings are used all around the world. RDx is a key part of the data ecosystem for Re:Sound and our member organisations.”

Earlier this year PPL announced an amendment to its annual payment schedule in order to bring forward part of its June distribution to help members during the Covid-19 pandemic.