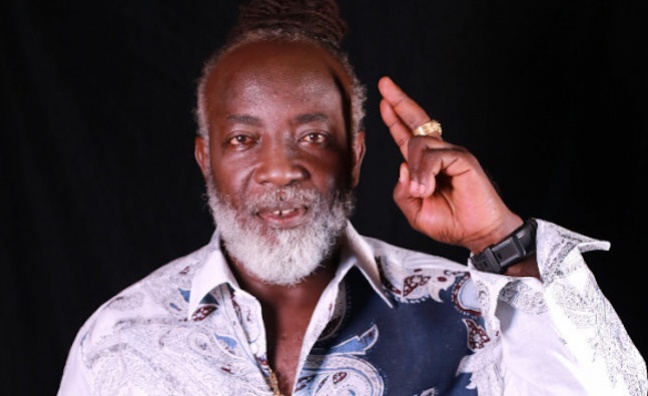 The deal covers the full catalogue of the pioneering reggae musician and entrepreneur whose career spans almost six decades, with more than 40 albums to his name.

Freddie McGregor said: “I’m excited to be working with Guy and his team. With a new album in the works and the live scene coming out of hibernation, it seems like the right time to start writing a new chapter in my career. I want to connect with other writers and producers from around the world to keep inspiring me to make music that moves people.”

Guy Moot, co-chair and CEO, Warner Chappell Music, said: “Freddie is known as the ‘Captain of the Big Ship’ and with good reason. He’s been a pioneer in reggae for decades, writing songs that have moved fans around the world, and is well known for being generous with his time and efforts for younger up-and-coming artists. We’re delighted that he’s signed with us and can’t wait to get to work on his incredible catalogue and new music.”

Shani Gonzales, head of international A&R and UK MD, Warner Chappell Music, added: “With my Jamaican heritage, I grew up listening to Freddie’s music, so getting to publish him is literally a dream come true. It’s mind-blowing that his career spans almost his whole life, starting to perform at seven years old, and today he’s still adding to his amazing songbook. Freddie is a true legend in the reggae scene, helping pioneer the sound, spreading reggae music worldwide and inspiring  and supporting generations of artists. It’s a true privilege to work with him.”

He’s been a pioneer in reggae for decades, writing songs that have moved fans around the world

In 1983, McGregor founded his own indie label, Big Ship, and produced many artists including Lieutenant Stitchie, Luciano, Mikey Spice, Papa San and Tiger.  In the same year, he released the critically acclaimed album Come On Over through RAS Records in the US.

McGregor has continued recording into the 21st century, including the album Anything for You (2002), which won a Grammy nomination, as well as Signature (2000) and Di Captain (2012).

He is currently working on a new album, and has recently released the single Don’t Tell Me No, in collaboration with Colombian reggae-fusion rock band Locos Por Juana, and Jah Is On My Mind, produced by UK-based Stingray Records.

McGregor has also become a widely respected elder statesman in the reggae music community, giving back through vehicles such as the Big Ship Music Fest, which supports emerging talent, and serving as the chairman of the Jamaica Reggae Industry Board.

He was recognised with the Order of Distinction in 2003 for his contribution to music and has received countless other awards.

McGregor played a leading role in trying to revive the live industry in Jamaica following the impact of the Covid-19 pandemic.