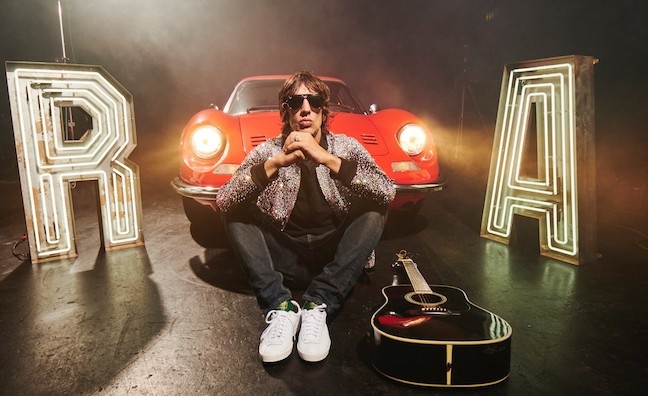 Ashcroft’s songs have seen him receive two Ivor Novello Awards – Songwriter of the Year (1998) and Outstanding Contribution to British Music (2019) – as well as numerous Brit Awards, Q Awards and NME Awards with The Verve.

Following the band’s 1993 album debut A Storm in Heaven, and 1995’s A Northern Soul, the release of Urban Hymns in 1997 launched them to international success. During this time, The Verve scored a series of hits with Bittersweet Symphony, The Drugs Don’t Work and Lucky Man.

The Verve’s fourth album, Forth, reached No. 1 on the UK Albums Chart, and No. 23 on the US chart. Ashscroft has also recorded five solo albums.

Mike McCormack, UMPG UK MD, said: “It feels like only yesterday that we signed The Verve to Virgin Publishing back in the early 90s. They went on to become one of the most important bands of the era, and Richard blossomed into an incredible songwriter, composing many of the big hits on his own. It’s so good to be reunited with him and his wonderful catalogue of songs all these years later. UMPG, both UK and globally, feel as excited as I do about representing and promoting Richard’s catalogue with the respect and care it deserves.”