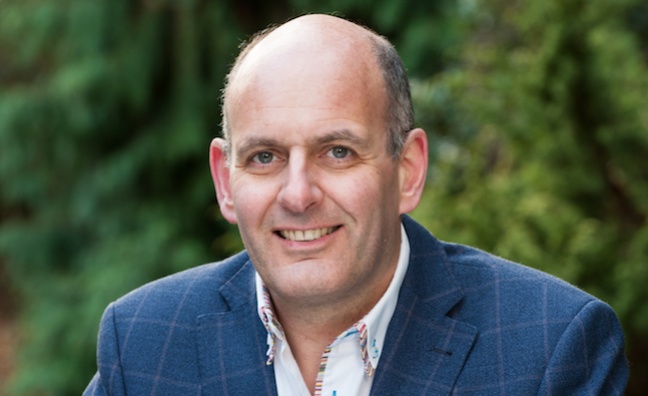 Round Hill Music has appointed Steve Clark as its global chief operating officer.

Clark was previously at Warner Chappell Music, where he spent over two decades, most recently as executive VP of global operations.

Based primarily in London, Clark’s appointment is effective immediately and he will report to Round Hill founder and CEO Josh Gruss.

After graduating from Liverpool University in 1987 with a music degree, Clark joined sheet music specialists IMP as a music editor and many of his published arrangements are still in print today.

During his 10 years at IMP, he rose through the ranks to head up all production, copyright and licensing, before joining Warner Chappell Music as head of copyright in 1998. His responsibilities extended to all copyright and royalty administration across Europe.

Following his promotion to EVP, global operations, he led the build and roll-out of the company's new global contracts, copyright and royalty system, which now allows songwriters and composers to view statements and other metrics online and via mobile apps.

Clark has sat on the UK boards of MPA, the ICMP and IMPA. In December 2019, he was awarded the MPA's Tony Pool Award for his outstanding contribution to administration within the music industry.

Josh Gruss, founder and CEO of Round Hill Music, said: “Steve joining Round Hill Music is a major coup for our company as he brings with him an unparalleled level of industry insight and expertise. His experience in the global music publishing sector will be invaluable to us as we push forward with our ambitious plans for growth while continuing to position Round Hill Music as one of the world’s leading independent music companies.”

Clark said: “After 20 great years at Warner Chappell Music I was ready for a new challenge and having watched the rise of Round Hill Music over recent times I was intrigued and impressed with what they had managed to achieve in a relatively short space of time. Meeting Josh and hearing the passionate way he spoke about his ambitious plans for the company was enough to convince me to join the team. Round Hill Music has developed a tremendous platform and I am excited to be joining the firm at this exciting time in its evolution. I look forward to working alongside Josh and his talented team to help the company move forward and continue to grow as a leader in this space.”