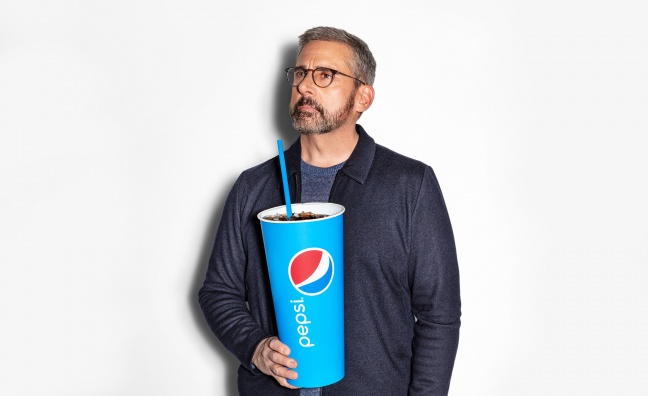 Sony/ATV has hailed the sync success of songwriters including Cardi B, Freddie Mercury and Bob Dylan in commercials for Super Bowl LIII.

Companies including Amazon, Budweiser, Mercedes-Benz, Pepsi and T-Mobile all used songs represented by the publisher for commercials that were screened in the US on Sunday (February 3) during CBS’s live broadcast of the game between the New England Patriots and Los Angeles Rams.

Music Week has rounded up five of the biggest syncs here, including songs represented by Sony/ATV.

Cardi B starred alongside Steve Carell and Lil Jon in Pepsi’s More Than OK ad, which featured her Grammy-nominated I Like It with Bad Bunny and J. Balvin.  Cardi B was also part of a Super Bowl spot last year when she appeared in an Amazon commercial that used her breakthrough hit Bodak Yellow (Money Moves).

The Queen classic Don’t Stop Me Now featured in Amazon’s Not Everything Makes The Cut commercial, whose all-star cast included Harrison Ford and Forest Whitaker. It was the second successive year in which a song by the legendary band was showcased in a Super Bowl ad after Ram deployed We Will Rock You during the 2018 game.

It follows a record-breaking sync year for Queen, whose songs have been licensed by a number of brands including Google, Peloton and Silk Almond milk. It also received a substantial boost with the release of the Golden Globe-winning and Oscar-nominated biopic Bohemian Rhapsody.

Sony/ATV songs also featured in further star-heavy Super Bowl commercials this year, including a version by Michael Buble of the 1920s standard When You’re Smiling which was licensed for a Pepsi ad starring the Canadian crooner. Ludacris appeared in a Mercedes-Benz commercial, which included his 2003 hit Stand Up.

More than half of the songs licensed by Sony/ATV for this year’s Super Bowl are 100% controlled by the company.

Sony/ATV president, global chief marketing officer Brian Monaco said: “The Super Bowl stands out as the most coveted spot in the calendar for songwriters and artists who want their music associated with a platform that has over 100 million people watching on TV and millions more engaged digitally. And thanks to the digital platforms, the game has become an even bigger story for brands. At one time it was all about the live broadcast, but the addition of digital campaigns to the mix is delivering new audiences to advertisers and great analytics.”

“Once again Sony/ATV’s deep catalogue has resonated with brands across the board from legendary names like Bob Dylan and Queen to new superstars such as Cardi B who has appeared in a Super Bowl ad for the second successive year. It is great to see a new young artist like her appealing to big global companies in this way.”

“One trend we are noticing is that each year brands are leaving it later and later to decide what music to use in their Super Bowl commercials. The fact we were still getting requests for our catalogue right up to the big game means people are thinking harder than ever to make sure they have chosen the right song.”

Hyundai – Sit Next To Me (Mark Foster/Foster The People)