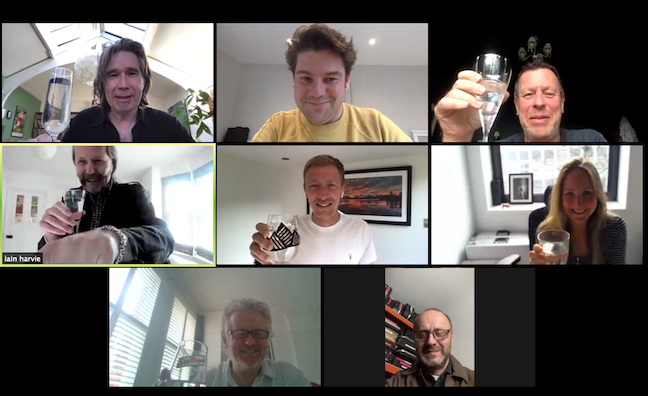 The agreement covers the band’s entire catalogue, including their hits Roll To Me, Nothing Ever Happens and Always The Last To Know, as well as future works.

Recently, Del Amitri announced their first full UK tour since 2018, where they will be performing new songs from their forthcoming album Fatal Mistakes, out on May 28 via Cooking Vinyl, as well as their greatest hits.

Del Amitri frontman Justin Currie said: “The Dels are delighted to have found such a powerful and proactive home for our catalogue of sometimes maudlin but often effervescent tunes at Sony publishing. With a new album imminent the timing feels perfect and the team at Sony have been refreshingly engaged straight off the bat.”

William Booth, EVP, Sony Music Publishing UK, said: “We are thrilled to welcome Justin Currie and Iain Harvie from Del Amitri to Sony Music Publishing. Their illustrious songwriting career which spans over four decades has given the world many crowd-pleasing anthems such as Kiss This Thing Goodbye, Nothing Ever Happens, Spit In The Rain and Always The Last To Know. We look forward to working with Del Amitri on their new music, and delivering the best opportunities for their classic hits.”