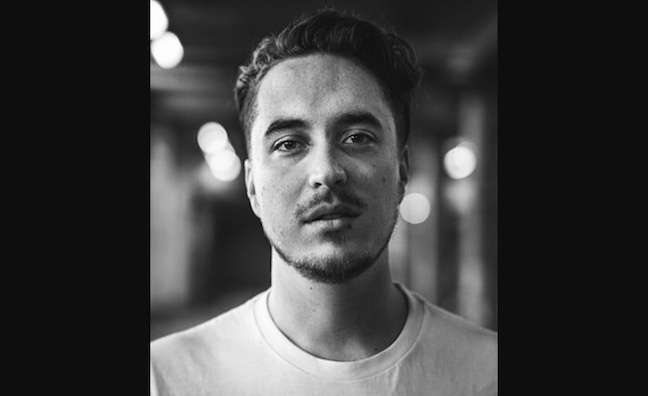 Sony Music Publishing UK has announced it has signed hit songwriter, producer, and multi-instrumentalist Ben Jackson-Cook to a worldwide deal.

Jackson-Cook is known for his close creative relationship with Rag’N’Bone Man, having co-written and co-produced his new album Life By Misadventure in its entirety.

In the latest midweeks, Rag'N'Bone Man's Life By Misadventure is in contention to become the biggest first-week seller of 2021. The LP has racked up 34,117 sales to date to close in on the 42,486 copies moved by Foo Fighters' 10th studio album Medicine At Midnight in its first week of sale back in January.

Speaking about the deal, Ben Jackson-Cook said: “Felix, David, Tim and Sarah have been overwhelmingly welcoming and praising of my work. I can tell they share the same love of songs that I do and we’re definitely going to make some great things happen together. Felix is a force to be reckoned with and I’m honoured to be on the journey with him and Sony.”

Sony Music Publishing head of A&R, UK Sarah Lockhart said: “Ben is an exceptional talent. I love that he is instinctive, taking time with artists to dig deeper. I am thrilled that we are a part of this creative journey with him."

Throughout his career, Jackson-Cook has played for acts such as OMI, Little Mix and Ella Eyre. He has also performed with Rag’n’Bone man on TV with Jools Holland and his orchestra for the annual Hootenanny, as well as The Ellen DeGeneres Show, The Tonight Show with Jimmy Fallon, The Graham Norton Show, and The Late Late Show with James Cordon.

“After quite a few socially distanced walks around various London parks, I am delighted that Ben decided to choose SMP as his home,” added Sony Music Publishing senior director, A&R research and analytics, UK & International Felix Canetty-Clarke. “With songwriting credits on every single track on Life By Misadventure, Ben has launched his career with a bang. I am excited to work closely with Ben, Chris Woo and Jill Hollywood as Ben continues to take his creative genius to new heights.”