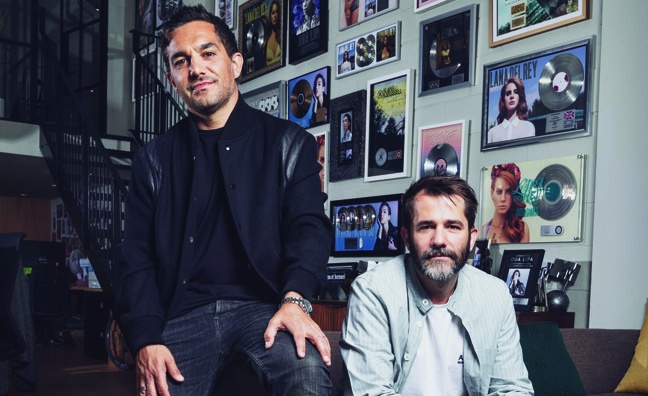 This week’s Music Week cover story has made some serious waves – and now Tap Music is planning to do the same in the publishing sector.

The revelation from Ben Mawson (pictured left) that he’s trying to get Madonna on a Dua Lipa track has had the fandoms in full-on social media meltdown. And he and Ed Millett (pictured right) bringing in David Glick as non-executive chairman has left the industry in no doubt that the Tap empire is still in expansion mode.

Indeed, the duo revealed in our interview that they are planning moves beyond music. They are investing in a new, as-yet-unnamed international fashion talent agency that will represent non-models, including some Tap artists, for fashion bookings and branding deals. And Liverpool fan Mawson is spearheading a drive into representing sports stars as well as musicians, with conversations already under way with Premier League footballers.

But it’s the company’s ambitions in publishing that should really make the music industry sit up and take notice.

Tap Music Publishing, in partnership with Universal Music Publishing Group, has been around for a few years and already represents blue chip management clients Dua Lipa and Dermot Kennedy. And, earlier this week, Music Week broke the news that they had signed top songwriter Karen Poole.

But that’s just the start, according to Mawson.

“We’re putting a big focus on publishing at the moment,” he said. “We really want to build ourselves up and to be known as a publisher; not just a management company that publishes the odd person, but an actual independent publisher with a good reputation. So we’re going to bring in a sync person, probably one in LA and one in the UK, and we’re getting very active with offers. I’d be very proud if we can, in the next year or two, turn our publishing company into one that’s as highly regarded as the management company. We really want to start making proper waves.”

And Millett said that having a successful in-house publishing company – as well as the Tap Music record label and expert staff across numerous disciplines – also gives them an advantage in their core management business.

“With all the things we’ve got across the company, you don’t have to use everything,” said Millett. “Artists come in and say, ‘We’ll use the marketing people, we don’t need the A&R people’. Each artist has different needs but the fact that we can offer that menu of services and they can build their team according to their needs, means we can make them the most compelling proposition possible.”

And Mawson said the signing of Poole indicated the publishing operation could now compete with anyone.

“She’s an incredible writer,” he said. “She was one of the first people to work with Lana Del Rey so that’s a very exciting signing on the publishing side. We were competing [with other companies], but the deal was really smooth – she was as excited as we were. We’re looking forward to getting started and we’ve also got quite a few other offers out.”

Mawson and Millett are shortlisted for Manager Of The Year at the 2020 Music Week Awards.

* To read the full, exclusive Tap Music cover story, see this week’s edition of Music Week magazine, available now, or click here. To make sure you can access Music Week wherever you are, sign up to our digital issue by clicking here.