'The mentality has shifted': Kobalt's Jeannette Perez on the state of play in the sync sector 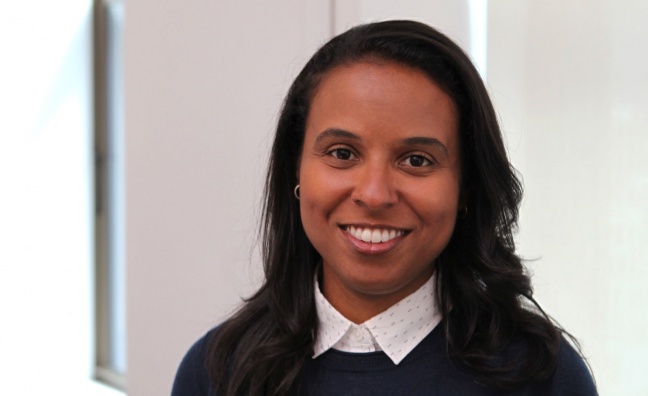 This week’s Music Week cover story on Kobalt has proved a major talking point within the biz, as the industry debates the pros and cons of its mould-breaking approach.

CEO Willard Ahdritz has made plenty of grand claims for his company, which is yet to turn a profit after 17 years of operation. But, while Kobalt might do deals differently and claim its approach to technology and transparency sets it apart from more traditional companies, it’s also keen to stress its credentials in the more creative areas of publishing, such as sync.

Jeannette Perez is Kobalt’s president of global sync and brand partnerships, previously not one of Kobalt’s stronger areas of operation. But the exec, previously at Sony Music, says her division has finalised 11,000 sync licences in the last 12 months, including nine high profile slots at the 2017 Super Bowl. It also published this year’s Best Individual Sync – Film winner at the 2017 Music Week Sync Awards, awarded to The Raveonettes’ Recharge And Revolt, as featured in American Honey.

So Music Week sat down with Perez to talk market trends, brand partnerships and why everyone wants to do adverts these days…

What is Kobalt’s strategic vision for sync?

“Part of our strategy has been to focus on growing the team and the department to be able to manage the growth of the company and the roster. The other part of this strategy has really been on focusing on trends within the business and making sure we are ahead of them as much as possible. We’re staying on top of the trades, reading what’s going on in the different media areas, whether it’s film, television, ads, video games, anywhere that you can put music to pictures. If an article comes out that tells us there’s going to be 450+ scripted TV shows in the 17/18 TV year, we have a team of people who go out and find every single one of those shows, find different data sets and create a report for every single show that’s going to be airing that we could potentially mine for opportunities for our clients.”

What trends are you seeing right now?

“Right now, we have Netflix, Amazon, Hulu… So many digital platforms that are coming out as really strong content providers all over the world. There’s a whole new form of television and for us it’s been fantastic because they’re coming out with content that a lot of our clients, a lot of artists and songwriters, really want to be a part of. With shows like Stranger Things and Glow and Orange Is The New Black, they’re putting out quality content that artists and songwriters appreciate and really want to get engaged with. On the music front, covers are still a very big thing, I don’t see that trend going away. The recognition of the original copyright resonates with the marketing team at the brand or film studio and gives the trailer or the ad that instant recognition that they’re looking for. But by making it a cover makes it potentially resonate with a more contemporary, mainstream audience.”

“I wouldn’t say a blanket yes. It depends on the production, and what the music budget is. In some instances you will get the fees that you’ve been seeing for a while. In other instances, you’re seeing less. The issue overall is still that music isn’t always top of mind when brands and studios and TV shows are coming up with their overall budget for their production. It’s still an afterthought in many instances. At that point, the money has been spent on all the other things that need to happen when you’re producing media. So what we’re left with is having to fight for more when we can. But overall people want to pay market value for licensing music.”

You had a lot of success at the Super Bowl this year. Do you wish there were more platforms for sync like that?

“Of course! I wish that there were multiple Super Bowls every year… But in a way there are. The Oscars and Grammys are really big platforms, the NBA finals here, the Olympics, there are plenty of things that are big platforms for potential opportunities. I wish there were more. But because content is increasing at a very high pace, potentially the amount of opportunities is getting higher, but the impact of those opportunities doesn’t resonate as much. You’re constantly competing with different content. So the idea that one piece of content is going to resonate over another, you just never know. But what makes your piece of content stand out, especially for an advertising campaign, is the song.”

Is the wider music business still looking to sync to break songs and artists?

“Yes. A sync can absolutely serve as a marketing tentpole within your album or single cycle. It’s a talking point and something that can potentially increase the number of impressions you’re getting on that song, or that artist during that time. However, I don’t think people should rely on that. There’s a misconception that the lightning in a bottle sync placement can happen over and over again. That just isn’t the case anymore. It’s happening less and less. It used to be that you could get three or four of those a year. Now, if you get one that’s a lot. And sometimes when you do get that lightning in the bottle, it’s for an older, catalogue song that people forgot about. For a new song to resonate it takes a combination of a great sync where the song is highly featured and either that brand is running that spot over and over again or it’s the perfect scene in the TV show or film. Those opportunities still happen, but for that piece of content to rise above everything else is harder and harder.”

Is that why more long-term brand partnerships are on the rise?

“Yes. People are looking for opportunities to organically build the artist’s brand or build the album or single cycle. A brand partnership is a way to do that, but again it has to be the right brand with the right artist. There are plenty of brand partnerships that happen that you don’t ever hear about, but the ones you do hear about are the ones that are done really, really well. We partnered with a company called Tastemade. They’re a culinary tastemaker digital platform. They’re taking food as the central focus point of the platform but are combining that with music and art and culture and have really built an audience of hundreds of millions of viewers per month. We partnered with them with our artist Lauv, who is signed to us on the AWAL label services side but also the publishing side via our partners at Prescription. We created a piece of content using one of his songs but also a play on his name so it was a recipe for a chocolate Lauv-a cake. It was a very simple video but they really made a large social media push. In one day that video, with the song prominently featured, had well over a million views and it was getting 100,000 views an hour. It reached a completely different audience that would probably never have heard that song originally, but is now getting that song served up to them on their Facebook, Twitter and Instagram – all from a very simple brand partnership solution.”

Having music featured on ads used to be seen as very uncool. As the recorded music business struggled, it became more attractive to artists as a revenue stream. Now the money is coming back to the business are you worried it might become harder to persuade artists to license their songs again?

“No. There are some artists who will potentially never want to license their songs for a big brand or an ad campaign but, overall, the mentality about sync has shifted tremendously and most artists are at least willing to have a conversation about the opportunity presented to us. The money is important obviously, depending on the artist, but for a lot of the catalogue artists who were around when a brand sync in particular was seen as ‘selling out’, nowadays it’s seen as a way for the music to continue to stay at the forefront and top of mind for a brand new audience. People hearing the songs 20, 30 years later may not even have been born when it came out. That’s what’s driving artists who sometimes would have said no to say yes now.”

And how do you see the future of the sync business?

“What I hope is that we continue to grow and develop the team that strategically serves the market as best as possible. We’re going to continue to see different kinds of content through different media platforms. Companies like Snapchat and more mobile type services are going to start releasing content that will open up further opportunities. Those pieces of content will get potentially shorter and shorter but music will continue to be very important for them. The brand and advertising space will continue to evolve and develop. I feel their energy in wanting to be involved more with music, they’re just trying to figure out the best way to do it.”