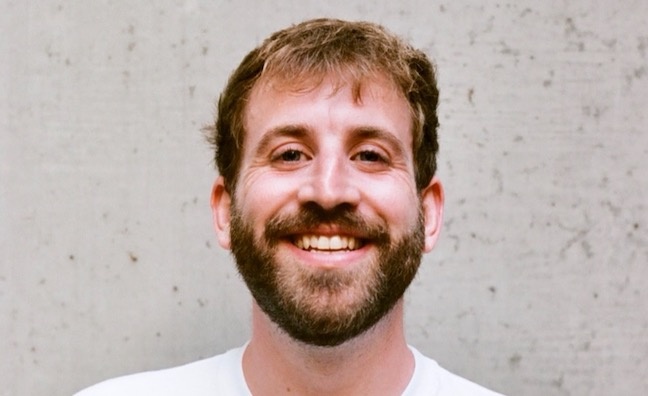 Based in London, he will continue reporting to Mike McCormack, managing director of UMPG UK.

After joining UMPG as an A&R scout in 2014, Simmons went on to hold the ranks of A&R manager and A&R director in recent years. Simmons now serves as A&R for some up-and-coming and established talent at UMPG including Bicep, Four Tet, Maisie Peters, Griff, Girl In Red, Rex Orange County, Tom Misch and Thundercat.

Simmons worked with Zane Lowe and Charlie Sloth at Radio 1 while completing his degree. In 2016, he was included on Music Week’s 30 under 30 list.

Mike McCormack said: “Pete thoroughly deserves this promotion. He’s always been an outstanding and popular member of the A&R team. Even though he’s one of the youngest A&Rs at a major company, he’s shown maturity and confidence way beyond his years. His promotion to lead our UK A&R team into the future will give us a fresh energy and perspective and keep the signing and development of exceptional new songwriting talent at the core of what we do.”

Jody Gerson, chairman and CEO, UMPG, said: “I am thrilled for Pete. He is one of the best A&Rs in the business, has impeccable taste in music and a fantastic way with artists. I look forward to watching him grow as a leader at UMPG, as we build on UMPG’s industry-first, global strategy to nurture and support next generation songwriting talent across all territories. This promotion is well deserved, and further reinforces UMPG as home to some of the most talented and dynamic young executives in the business.”

Pete Simmons said: “Since joining UMPG in 2014, I’ve had the opportunity to sign and work with all of my favourite artists, songwriters and managers, and alongside the incredible team I’ve had the pleasure of working with, since the start. Thank you to Mike and Jody for your faith in me, and to all the wonderful artists I get to call my friends, who trust me with their songs. I’m very humbled to be given a shot at this, and very excited to see where we take it in the future.”