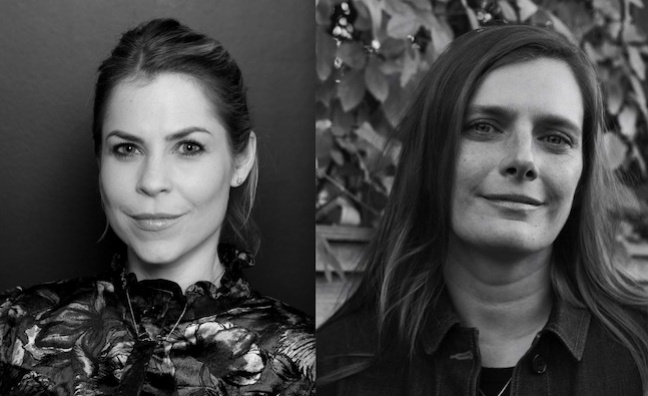 Singer-songwriter Maisie Peters landed at No.2 with her debut album, You Signed Up For This, released in partnership with Ed Sheeran’s Gingerbread Man label.

The album charted on Friday (September 3) with sales of 9,575 (including 1,709 sales from streams), according to the Official Charts Company. The single Psycho moved 72-57 with weekly sales of 7,242.

The campaign has been masterminded by Atlantic in partnership with Grumpy Old Management’s Stuart Camp and Gaby Cawthorne, alongside Maisie Peters’ long-term manager Bobby Havens.

“We’re delighted that Maisie has debuted her record at No.2 of the OCC albums chart and No.1 of their Record Store chart,” Gaby Cawthorne told Music Week. “Her brilliant songwriting has been at the forefront of this campaign; driving the creative for all visual elements and channelling those narratives directly to the heart of her fiercely loyal fanbase. Maisie has a big future ahead. She’s a voice of a generation with many more brilliant songs to come, and we’re lining up shows for the fans to come together and belt out her lyrics.”

As well as a relentless week of activity around the opening chart week, Maisie Peters also performed at Reading & Leeds Festivals and All Points East. The No.2 entry was the culmination of a long-term development process for the artist, who appeared on the cover of Music Week at the beginning of 2020 for a new music special.

Here, Atlantic co-president Briony Turner and general manager Liz Goodwin discuss the development of a major new artist and the involvement of a superstar in the campaign…

How did everyone react to this week one result for Maisie Peters?

Briony Turner: “I would start off by saying, she actually really nailed it. She came with incredible amounts of energy into the campaign, which snowballed towards the Friday release day, and she was just working her socks off and signing records until 5:30am. She did an incredible run of in-store gigs. Her activity around that last week, particularly, was like nothing I've ever seen before.”

Liz Goodwin: “I’d agree with that. To be 38 sales ahead of Olivia Rodrigo just shows you that every single Instagram post, every single activation made a difference, so that felt incredible.”

BT: “It just felt like Maisie, her management team, the label, everyone was just completely focused with an eye on the prize. We knew it was going to be a really tight week, so everyone just stepped their game up exponentially. 10,000 [sales] in week one is just a phenomenal result.”

How did the pandemic last year affect this release plans?

BT: “We actually didn't put anything on hold. We had this plan and this release date window in mind for quite some time, because the key to having such an explosive moment, and her first major OCC position, was really about the fanbase acquisition. We needed a certain amount of time to do that effectively, and for her to do everything which is required to build that solid fanbase. We realised how crazy reactive and engaged her fans were when she put out John Hughes Movie. She said, ‘Let's get it to No.1 on the iTunes chart’, and she got it to No.1 on the iTunes chart, so we knew they were there for her.”

She came with incredible amounts of energy into the campaign

It feels like she’s been very busy over the last few years...

BT: “We signed her three years ago. It's been a classic Atlantic A&R artist development story, which we are really proud of; we love doing that with our artists. She and Bobby [Havens], and the rest of the management team have just been amazing partners, because they put so much energy and strategy into everything themselves as well. And then Ed [Sheeran] came on board more recently, and we did the JV with Gingerbread Man. Ed’s energy and experience just gave her that extra level of confidence, it was a real game-changer for her. She’d had some tweets from Taylor Swift earlier than people realise actually, before he signed her. So she's had a couple of amazing artists in the background. Having this level of involvement from Ed is an amazing dream for her, and also for us with our partnership with him.”

LG: “We've just taken a lot of care and time over Maisie’s audience acquisition. We launched the Maisie Peters Book Club last year. With Covid happening and the absence of live, we had to get creative with how we were going to broaden that fanbase. So the book club’s been really fun for everybody. I'm also thinking about the amount of Zoom calls we did as well with fans, lots of very personalised communication with fans. I've been at Atlantic 18 months and we were right in the middle of that when I started, so it's been years of really cultivating this great community around her. And they all showed up for her, certainly in the pre-orders for the album but also digitally on week one.”

How does it work with Gingerbread Man and the team there?

BT: “They've just come on board and given everything extra focus and extra energy. Bobby was an independent manager for the first couple of years, and then Grumpy and Gingerbread Man came on board around about the same time, and they're just incredible. Gaby and Stu are incredibly smart, experienced managers. I think it speaks to Bobby's instincts and intuition to bring those guys into the frame when he did, that was a very good move. He laid amazing foundations with Maisie, creatively, with the songwriter community but also with her DSP relationships, he really nurtured that very early on in her career. So it's great having them on board [Gingerbread Man], they're definitely a fantastic addition to our team. Bobby also just did fantastic work since the moment that we signed her.”

How has Ed Sheeran pitched into the campaign?

BT: “He’s co-written with Maisie, he co-wrote her latest single Psycho with Steve Mac. Creatively, he is a real inspiration for Maisie, she's a genuinely huge fan of Ed’s. His songwriting is proven over the years - his own hits but also his hits with other people, from Anne-Marie to Jess Glynne. He's certainly lent his pen very well across the Atlantic roster over the years. He’s got some great ideas moving forward as well.”

LG: “There have been a couple of shots of them together with the record. Also, she supported him at the show in Coventry for HMV’s 100 birthday. She opened up for him, which was really nice to see.”

BT: “She smashed that actually, it was an amazing show. It was so good, the atmosphere was crazy. I hadn't seen Maisie live for two years, and she was on fire that night. I felt like it was such a huge treat to be in that audience, it  felt like such a special moment for both of them. Before the pandemic, she had sold out a Shepherd’s Bush Empire - that's two years ago. So live was certainly a really important part of her trajectory that was obviously taken away, as it has been for everyone, which has been a real challenge for many developing newer artists. So it's just very exciting to know that they're still there for her, and there is this real demand for her in the live space. She's just a natural born entertainer.”

TikTok can showcase what an incredible and prolific songwriter she is

How have you established her as both a credible songwriter and album artist, as well as having the reach and impact of a pop act?

BT: “Yeah, it's such an amazing combination. She's never compromised herself in any way, shape or form creatively, and has always just been very true to who she is. I think that success comes to those artists who stick in their lane and are confident in what they're doing. It can take some time but the fanbase delivered. And since I signed her with Paul Samuels, she has got better and better. Her songwriting was always good lyrically, but she's improved across the board. I think she's one of the best songwriters that I've worked with, particularly at this point in her career. Ed’s involvement has been amazing because he's brought in some producers who have had a lot of success with him as well - Steve Mac springs to mind there. But She's always had really incredible amazing producers; Fred Gibson, for example, worked with her right off the bat before we even signed her. Pete Simmons, her publisher [at UMPG], made some great introductions, [including] to Joe Rubel, who is featured a lot across this record.”

LG: “In terms of Reading Festival or All Points East, they are amazing, credible indie festivals. As well as doing those and being very at home there, she is prolific now on Tik Tok. She is, transparently, a really amazing singer-songwriter in front of the fans, she's writing songs for fans based on stories they've told on TikTok and she's sharing covers. That's a really nice place where she can showcase what an incredible and prolific songwriter she is.”

How important have those streaming partnerships been for the album roll-out?

LG: “Spotify did this incredible collaboration with Maisie’s favourite illustrator, she's called Liana Finck. It was like Maisie's map of London, so all the outdoor [advertising] they gave us were these beautiful illustrations of all the places that Maisie holds dear in London. Obviously, Apple Music Up Next was amazing. YouTube filmed her underplay show at the Lafayette a couple of weeks ago, and that's gone up on YouTube now. We’ve just been really tight with all of our partners for years on it, they've just been such big supporters and such big fans. Everyone's come to the table with something that's very bespoke and quite unique to Maisie, which has been lovely to see. It just shows how much they understand her and what she's trying to do.”

BT: “It was amazing to get texts and messages from so many people on Friday, who were genuinely so happy to see this result. Because she's had a lot of support, especially from the DSPs for a long time and actually radio also with Scott Mills Records Of The Week. It was a proper artist development situation and it's taken a bit of time, but everyone's been there for her because people really believe that she's got what it takes. She’s a real homegrown talent and they're there to support her, and it's great when there's a proper result to see at the end of that level of support.”