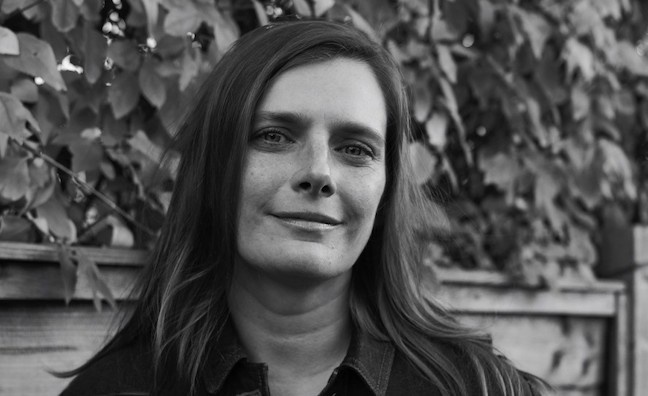 The former Glassnote UK MD takes on the role at the end of the month. She left the indie in December.

At the same time, it was announced that Max Lutkin has been upped from Atlantic senior marketing manager to head of marketing.

Warner Music UK confirmed that Atlantic GM Katie White and marketing director Callum Caulfield have left the company. White, who steps down in the summer, will continue as a strategic advisor.

The appointments are some of the first key moves under co-presidents Ed Howard and Briony Turner. Music Week recently confirmed that A&R head Alec Boateng was leaving the label. Warner has refused to comment on rumours that Apple's Austin Daboh is also joining Atlantic.

In her new role, Liz Goodwin will be responsible for overseeing the long-term career strategy for Atlantic UK’s diverse roster of superstar acts and developing artists. She will work closely with the marketing, digital, creative, and PR teams on campaigns. Goodwin will report into Turner and Howard.

Lutkin, who has been with Atlantic UK for 10 years, will head up the label’s marketing strategy, overseeing the execution of campaigns across the roster. He has worked on acts including Death Cab For Cutie, Galantis, Janelle Monae, Jess Glynne, Panic! At The Disco, Plan B, Sia, Skrillex, and Twenty One Pilots.

Howard and Turner said: “Over the past two decades, Liz has played a central role in developing the careers of some of the most important and influential artists of our era. Her strategic expertise, combined with her wealth of experience across a broad range of genres, make her a fantastic addition to our senior leadership team. We’re thrilled to welcome her into the Atlantic fold.

“We’re also pleased to recognise Max with this well-deserved promotion. Over the past decade, he’s helped build the careers of many of our most prominent artists, and he brings invaluable experience and deep knowledge to his new post.”

Goodwin said: "I’ve always admired the incredible team and world-class roster of artists at Atlantic, and I’m delighted to be joining the label at such an exciting time for the company. I’m really looking forward to working closely with Briony, Ed, and the team to embark on this new chapter and to collaborate with all their amazing artists, managers, and partners. I can’t wait to get started."

Lutkin said: “Atlantic’s philosophy of artist first, combined with innovation, creativity and passion is central to every aspect of the work we do. I’m proud and delighted to take on the role, to continue to deliver on these principles, and to break new ground alongside Briony, Ed and the incredible Atlantic family to develop generation-defining artists.”

Goodwin started her music career as a label coordinator at ZTT Records in 2000, before moving to Polydor Records in 2001. While at Polydor, she became head of marketing and then head of campaign strategy, overseeing creative and marketing for major releases by Lana Del Rey, Elbow, Eminem, Imagine Dragons, Lady Gaga and Snow Patrol, among others.

At Glassnote, Goodwin led the company through campaigns for established and breaking artists, including Childish Gambino, Dylan Cartlidge, Half Moon Run, Mosa Wild and Jade Bird. She was named in Music Week’s Women in Music Roll of Honour in 2018.