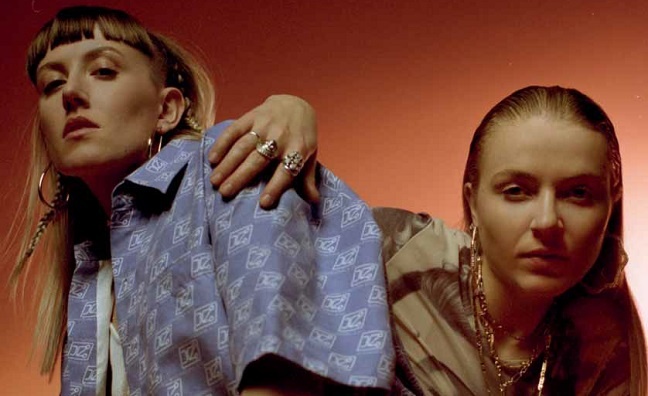 Glassnote’s UK managing director Liz Goodwin has said that Ider’s debut album marks “the beginning of a new chapter” for both label and band.

Lily Somerville and Megan Markwick formed Ider after studying music together and release Emotional Education today. The band featured in Music Week’s On The Radar section earlier this month.

“Daniel Glass and I and the whole Glassnote team are just so proud of Lily and Meg and the love, honesty and hard work they’ve put into their debut album,” Goodwin told Music Week.

Goodwin, who was inducted onto the Music Week Women In Music Awards Roll Of Honour last year, said the indie has global ambitions for the record.

“We’re all really excited and ambitious for what’s to come, not only in the UK but also the global potential of Emotional Education and its important messages. Release week is just the beginning of a brand new chapter for us all.”

Ider have a lot to say

Ider have 671,432 monthly listeners on Spotify, where their most played track is You've Got Your Whole Life Ahead Of You Baby, with more than 11 million streams. Goodwin said the label is delighted with the reception the album has had so far.

“We’ve had incredible press reviews, amazing support from all of our DSP partners in many territories, and their live plot, social reach and audience growth is going from strength to strength,” said Goodwin.

This weekend, Ider play Melt and Latitude festivals, and are set to tour with Sigrid later this year. Their biggest London show to date has been confirmed for Brixton Electric for 2020.

“Ider are a truly unique, exciting new band with a lot to say and are a pleasure to work with,” said Goodwin. “We hope the world loves the record as much as we do. The sky’s the limit for them.”

Ider’s Megan Markwick told Music Week: “We’ve met some really great people at Glassnote. We have a great relationship, there are lots of women, lots of people we can relate to and a great A&R team.”

Commenting on Emotional Education, which addresses a range of themes including mental health, growing up and relationships, Markwick said: “We’re really looking forward to people hearing it for the first time, it gives it new life.”

Markwick added that Ider have experienced “some big ups and some big downs”.

“We have always felt very sure and strong about writing the record ourselves and it just being the two of us,” she added. “We’ve really worked for seven years on our co-writing partnership, it continues to be amazing.”