Maisie Peters on why 'Pop' isn't a dirty word 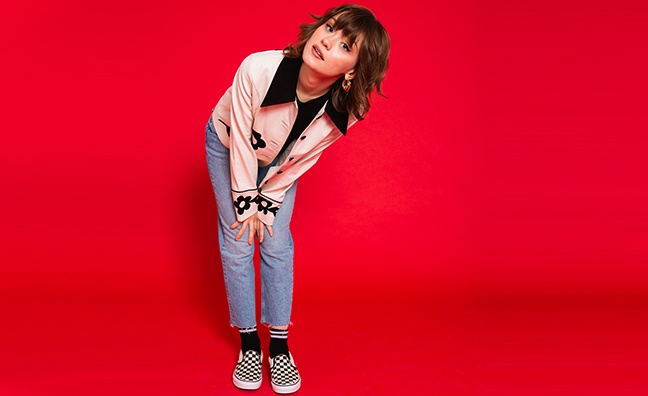 At 19, Maisie Peters already has almost six years in the music business under her belt.

Surely that means she’ll run the whole thing one day? With Atlantic and Stripped Bear management behind her and fierce commitment to writing the best, snappiest, most relatable pop songs she can, you wouldn’t bet against the singer from the South Coast.

Peters – who we first interviewed at the start of 2019 – stars on the cover on the New Music Special edition of Music Week and is determined to start 2020 with a bang.

The singer’s monthly listener count on Spotify has just shot past the four million mark, and she’s hard at work in the studio. In our interview, which subscribers can read in full online here, Peters said she plans to make as many albums as she can. Inspired by Taylor Swift, Peters came up as a YouTube star, recording home videos of her folky pop explorations. Now, she’s ready to break big.

In an unseen extract from our cover interview, Peters talks collaboration, pop and the art of a banging song…

As a songwriter who often collaborates with others, what do you make of the debate around the number of writers on big hits these days?

“It’s an obvious answer but it’s true, it really just depends on the artist. I do think there’s a stereotype that the more writers on a song, the less credible or good it is. I really disagree with that. I don’t think that some people really understand, if there’s a song with 10 writers on it, it’s very unlikely that 10 people sat in a room making it.  It probably starts with three people, then they send it to three other people who tweaked it a little bit and then send it to someone else and so on… Whatever makes a song the best it can be is the right thing to do, whether that’s writing on your own or not. I love Sam Fender and he writes all of his stuff on his own and he’s incredible, that’s obviously how he works best so he should do that. But then, I work best with one or two of my good friends, we bounce ideas around, I’ll write a bit and say, ‘What do you think of this and they’ll say, ‘Yes, no, tweak, tweak…’ That’s how I work best. It’s very subjective.”

What makes a good song?

“I never know when I write something good. I know when I write something I like. Sometimes it crosses over and sometimes not, sometimes you really like a song because of how you made it on the day. I definitely have that, I never know when something’s good. With all my early songs, I don’t get bored of playing them. Every time I play them, hopefully there’s a new crowd there hearing it for the first time. I can tell when they’re hearing it for the first time, you can see it in people’s faces. I love that moment. You can see the other side of when you’re at a gig and the artist starts playing the song you love. I was always that person so I love seeing that. As long as people are listening and hoping for you to play something, I don’t think it ever gets boring.”

I definitely see myself as a pop artist

What does pop mean to you?

“I definitely see myself as a pop artist. I could be a pop star! [Laughs]. I’m a big pop music fan, pop music means popular music, Abba made pop music, Dolly Parton, Billie Eilish, BTS, Muna … At the end of the day, anything that’s popular is pop music. Now more than ever there are so many innovative people making this music and pop isn’t a dirty word. It’s just a descriptive. Say you make pop music or don’t, it doesn’t matter, just make what you want to make, what you love, and whatever people want to call it, that’s cool.”