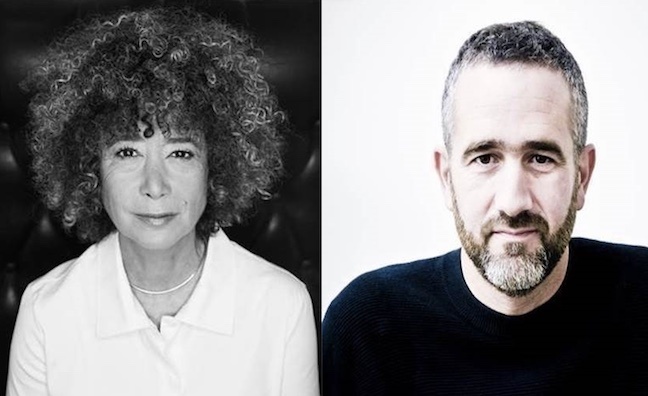 Warner Chappell Music has announced that a leadership transition will be taking place in its French business.

Caroline Molko is set to move on after 18 years as the company’s MD.  She will be succeeded by Matthieu Tessier, who has served as head of A&R for the last five years.

The transition will take place over the next couple of months, with Tessier succeeding Molko as MD on January 5. In his new role, he will report to Guy Moot, co-chair and CEO of Warner Chappell Music.

Guy Moot said: “This is a big moment for our French business. Caroline has done an incredible job over the last 18 years of building the company and developing our French songbook. I totally understand that she needs a well-deserved break, but I know we’ll be seeing more of her in the future. It’s fantastic that we’re able to promote Matthieu to succeed her – ensuring people can grow their lifelong careers here at Chappell is a key part of our business strategy. I know he’ll do a fine job for our brilliant French songwriters.”

Caroline Molko said: “I’ve thoroughly enjoyed leading the amazing team at Warner Chappell France and working with our talented songwriters and their managers. I think we’ve played a real role in modernizing the publishing business and contributing to the diversity of the music scene in France. After working night and day for more than three decades in the industry, I’m looking to take a break before embarking on my next adventure. I’d like to wish Matthieu all the luck in the world as he steps into what’s one of the best jobs in the music business.”

Matthieu Tessier added: “I’d like to thank Caroline who, every day for the last 13 years, enabled me to learn my profession. Her friendship, support and unfailing confidence have been amazing. Together, we’ve been able to support the career development of hugely talented songwriters, building a roster that shines with its richness and diversity. It’s an honour to succeed her, taking charge of an incredible catalogue and supervising a team at the cutting edge of music publishing. I’d also like to warmly thank Guy Moot and Carianne Marshall for giving me the opportunity to continue promoting our songwriters, contributing in the best possible way to the renown of their work in France and around the world.”

Tessier joined Warner Chappell in 2007 as junior artistic director and became head of A&R in September 2016. Supported by Molko, he signed songwriters including Angele, Aya Nakamura, Benjamin Clementine, Lilly Wood & The Prick, Julio Masidi and Parcels. He also worked with Molko to develop the careers of artists such as Paul Ecole, Orelsan, Skread and MHD.

Molko also placed Warner Chappell at the heart of the wider music industry, sitting as a board member of Burex, the French music export body; SACEM, the Society of Authors, Composers and Publishers of Music; and CDSEM, the French music publishers association. She was also involved in the organisation of the Victoires de la Musique, one of the most prestigious awards shows in France.

She received the Grand Prix de l’édition musicale from SACEM, and was made a Knight of the National Order of Merit by the President of France for her contributions to the nation’s music industry.