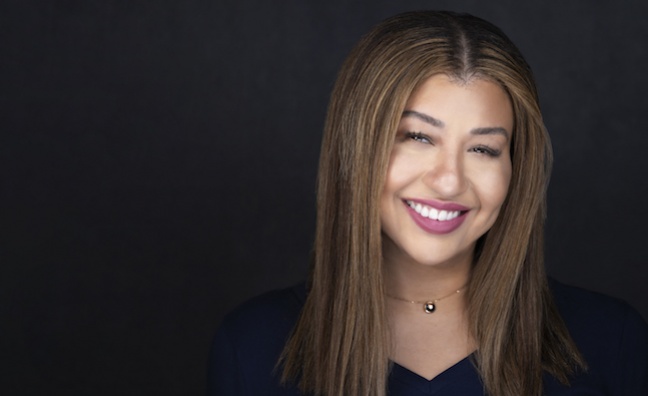 In the latest issue of Music Week, available now, we have an exclusive interview with Shani Gonzales, who shares her vision for the UK arm of the publisher.

Gonzales will continue to hold her existing post as head of international A&R for the company’s global business, and report to Guy Moot, co-chair and CEO of Warner Chappell Music.

In January, she plans to relocate to London where she will work closely with Kate Alderton, the newly appointed VP of operations and finance at Warner Chappell Music UK, and Amber Davis, head of A&R, as well as overseeing the music publisher’s London-based global and regional department heads.

Shani Gonzales said: “I’m so excited for this new chapter and to work with the amazing team in London. I’ve loved coming back to Chappell and getting to know so many colleagues around the world over the last year. We’ve got such a supportive and nurturing culture, with Guy and Carianne looking to develop people’s careers over the long-term and build a truly global team. I’ve always had a deep respect for the UK music community and the Chappell roster is second to none!”

Guy Moot added: “Shani’s such a talented leader who has catapulted so many songwriters to the very top with her tenacious drive to see them succeed. With a natural affinity and intuitive connection to her writers, I know that she’ll use her gift of fostering meaningful relationships to further develop and grow our vibrant UK roster.”

The dual role for Gonzales mirrors Moot’s previous role at Sony/ATV. He will be in London regularly to support the work of the UK team.

I’ve always had a deep respect for the UK music community and the Chappell roster is second to none!

The UK MD role has been vacant since April, when industry veteran Mike Smith stepped down. He has since taken a role as global president at Downtown.

Gonzales was a regular visitor to London during her previous role as co-head of A&R for the UK and US at BMG.  She returned to Warner Chappell in 2019 to take on the new role of head of international, EVP of US, A&R, and was based out of the company’s New York office.

Gonzales got her start in the industry at BMI. She then joined Warner Chappell’s A&R team in 2004, going on to work for Epic Records and Def Jam.

Warner Chappell has multiple nominations at the Music Week Awards, including Publisher Of The Year.

To read the exclusive first interview with Shani Gonzales, pick up a copy of the new edition of Music Week.