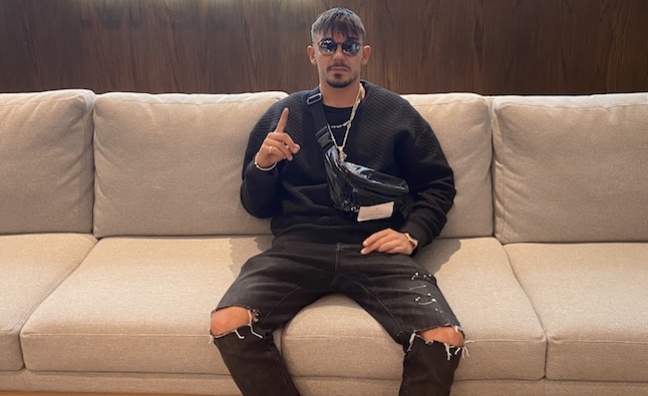 Capital Bra (Russian-born Vladislav Balovatsky) is the most successful charting artist of the 21st century in Germany with 21 No. 1 hits. He has helped define the Deutschrap sound, which has come to dominate the German charts in recent years. He is the most streamed artist in Germany, generating more than 1.4 billion streams.

Capital Bra said: “Deutschrap has gone from the underground to the mainstream in the last couple of years, and I’m proud to have played my part in making that happen. I love working with Natascha and the team at Chappell. They’re a great sounding board as I pull together new songs and have supported me in building my career.”

Natascha Augustin, senior creative director, Warner Chappell Music Germany, added: “Capital Bra is an amazing talent that has tapped into the zeitgeist with his songwriting ability and performance. He’s not afraid to tackle hard issues, on or off the stage, and has a real connection with his fans. He’s also a gifted writer who is building an incredible songbook that will stand the test of time.”

Five of Capital Bra’s music videos released in 2018 ranked in the Top 10 most viewed videos of the year in Germany on YouTube.

His sixth studio album CB6 was the first to be released on his own label, Bra Music. His most recent album was Berlin Lebt 2, a collaboration with rapper Samra, which contained four No. 1 singles, and also topped the charts in Germany, Austria and Switzerland in 2019.

He is currently working on plans for a new Capital Bra album, CB7, which is set to be released later this year, as well as another album project that will be released under the stage name Joker Bra.