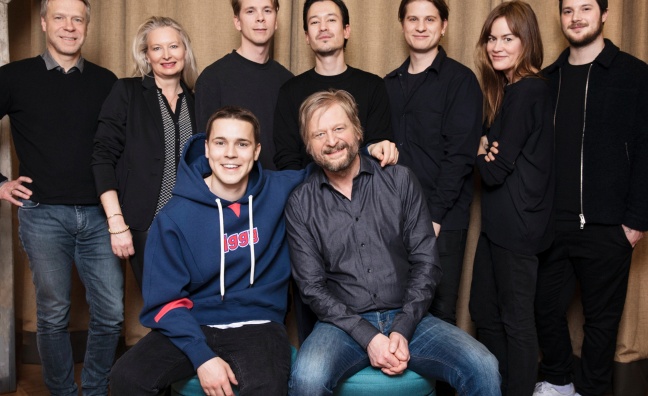 The agreement will see Jaehn, who has been involved with songs that have generated more than 1.5 billion Spotify streams, work closely with Warner/Chappell’s teams in Germany, Sweden and all over the world.

Lars Karlsson, Warner/Chappell MD for Germany, Austria, Switzerland and the Nordics, said: “I can’t express how excited I am that Felix is joining the Warner/Chappell family.  This is great news for our teams in Germany and the Nordics, who’ll be working closely with him, but also for our entire global company who can’t wait to take Felix’s music to the world.”

Jaehn first came to prominence in 2015 with his remix of Jamaican artist OMI’s song Cheerleader, which propelled the song to No.1 in 68 countries including the UK and US. He enjoyed further international success with a reworked version of Ain't Nobody (Loves Me Better), featuring vocals from Jasmine Thompson.

“I’m looking forward to be working with the A&R experts at Warner/Chappell," said Jaehn. "Just days after releasing my debut album I the new partnership is a great opportunity for me to further develop my skills as a writer and work on my upcoming music with an amazing team that shares the same passion and vision!”

Jaehn also writes and releases own songs, including his Mike Williams collaboration Feel Good, and his new single Cool, featuring Marc E Bassy and Gucci Mane. His debut album, I, was released in February. He is also behind the Eff project, a partnership with singer Mark Forster, which saw the pair top the German charts in 2016 with Stimme.