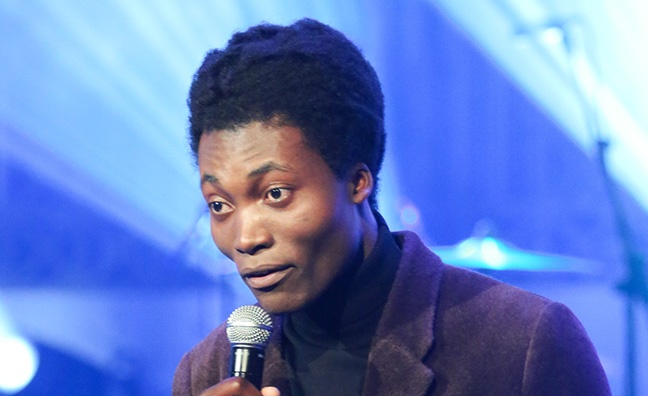 Benjamin Clementine’s label has described the “heightened expectations” for the follow-up to his Mercury Prize-winning debut, At Least For Now.

I Tell A Fly, released today (September 29) via Virgin EMI, was recorded in Damon Albarn’s studio and the Blur frontman also plays on the album. The pair initially collaborated on the anti-Trump Gorillaz track, Hallelujah Money, earlier this year.

“Damon was intrigued by Benjamin and they have become friends,” Gilbert Johnson, product manager, Virgin EMI, told Music Week. “The bulk of the album was done before the Gorillaz song – Benjamin was writing this album for the last couple of years.”

Clementine remains at the avant-garde end of the pop spectrum, and he performed the single Jupiter alongside a mannequin on Later… With Jools Holland this week.

“He’s completely unique,” said Johnson. “We try not to make any comparisons because he is so unique and his music is so different to anything out there. He wrote the album originally as an opera.”

The track God Save The Jungle has attracted media attention for its depiction of life in the Calais Jungle.

“There are heightened expectations,” said Johnson. “We’re really proud of his album. The story of this album is so different to the first album – people know that he was busking and homeless. This is about telling a story for the displaced and marginalised.”

The debut album went Top 40 following the Mercury Prize victory and has total sales of 30,981, according to the Official Charts Company.

“He’s not a pop star just because he’s won a Mercury Prize, so why force it?” said Johnson. “We’ve already started on this campaign with some excellent promo. We are thinking beyond the first week and how do we keep this album and artist being talked about. It can be one of those really special albums people talk about for years to come.”

Music Week recently revealed past Mercury Prize winners' tips on making the most out of the win. Subscribers can read more about how Benjamin Clementine’s label capaitalised on the Mercury Prize here.