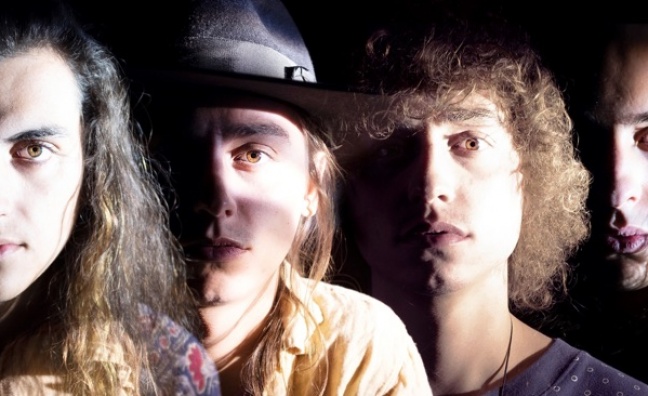 “From the first time I saw Greta Van Fleet play at a tiny club in LA, I’ve wanted to work with them and knew immediately they were something special," said SVP, A&R, US Greg Sowders. "They’re amazing songwriters and musicians who are reawakening that rock‘n’roll spirit for the next generation of fans.”

Ryan Press, Warner Chappell Music president of A&R US, also suggested the group were capable of reinvigorating their genre.

“Greta Van Fleet are an undeniable talent whose timeless music is bringing a great musical genre into the future," he said. "We’re thrilled to welcome them into the Warner Chappell family and look forward to working with them as their career continues to rise.”

The four-piece, who released their latest single My Way Soon last week, welcomed their new deal, arguing it would help them spread peace globally.

“Our collective goal is to spread peace, love and unity through our music in the hopes that our fans take that feeling out into the world," they said in a statement. "Working with Ryan, Greg, and the entire Warner Chappell team, we know that we can achieve this and so much more.”