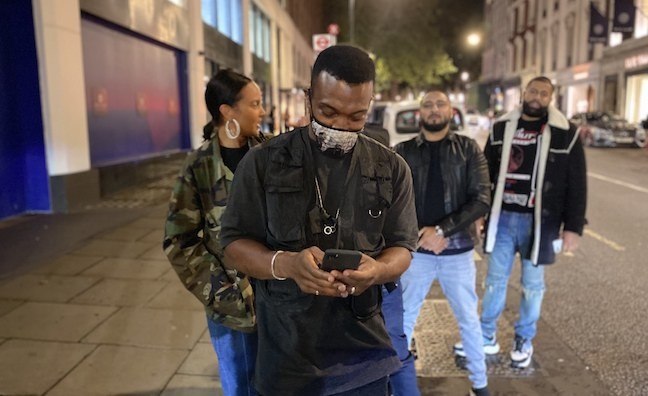 The agreement covers Walters’ future works and his back catalogue, including the No.1 smash and seminal UK garage song 21 Seconds by So Solid Crew.

Walters, who also goes by his stage name Asher D, shot to prominence in the early 2000s as part of the garage and hip-hop collective. 21 Seconds became the first garage song to reach No.1 in the UK, selling more than 100,000 copies in its first week.

Walters has gone on to release a number of independent albums and mixtapes and has also enjoyed success as an actor, most notably playing the lead character in the hit Channel 4 and Netflix drama Top Boy.

He released three solo albums under the moniker Asher D – Why Me?, Street Sibling and In Memory Of The Street Fighter. He continued to act during this time, and in 2004 he was named Best Newcomer at the British Independent Film Awards for his role in the film Bullet Boy.

The third season of Top Boy was reprised and backed by Drake and Netflix and aired in 2019. In 2017 Walters received the British Urban Film Festival honorary award for 25 years outstanding contribution to film and television.

Ashley Walters said: “I’ve been working on a lot of new music recently and have some really exciting projects lined up. Now is a great time to partner with Warner Chappell as I look to collaborate with the best writers and producers around.”

Amber Davis, head of A&R, Warner Chappell Music UK, said: “Ashley is a pioneer of the UK music scene. He inspired and influenced a whole generation of artists and writers, some of whom are on our roster, so it’s a huge honour to be able to look after these iconic songs. I’m also really looking forward to working with Ashley on his new music, he’s got some amazing ideas, and I can’t wait to see them develop.”

Guv Singh, CEO, Catalyst Management and Nim Jani, co-founder and MD, Catalyst Management, added: “We’re delighted to be able to partner with Warner Chappell again on another exciting artist and project. We’ve enjoyed a successful relationship working together on Steel Banglez, Swifta Beater and Tom Zanetti and we believe we can replicate that with Ashley. He’s been a great addition to our roster and can’t wait to get going.”

Walters co-founded Slnda, a film and television production company to develop and produce authentic, culturally diverse and forward-thinking content that can resonate with audiences globally. He also co-owns Kingdom School Of Arts CIC, a not-for-profit, part-time actors training centre based in London and Birmingham. It was established to support new talent from every background and to diversify the working pool of British actors in the industry.