On The Radar: Hare Squead 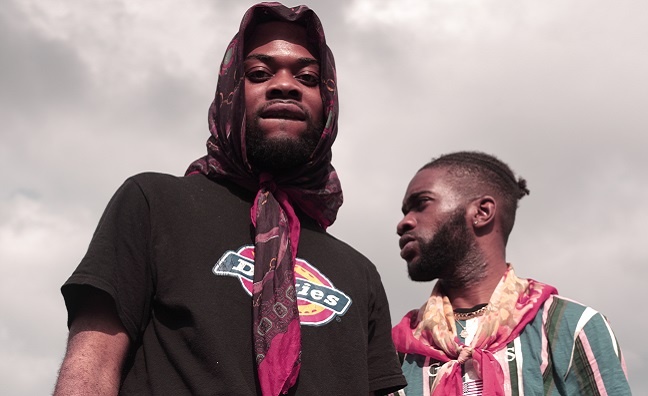 Hare Squead have unfinished business. That idea might sound strange for an act that has only been around for a few years, but the Dublin hip-hop group haven’t exactly followed a conventional path so far. They’ve already lost a member, not to mention a major label record deal. “We were on the verge of going somewhere…” begins vocalist, multi-instrumentalist and producer Lilo Blues. “Now we’re back.”

Hare Squead formed when childhood best mates Blues and Tony Konstone met Jessy Rose while skateboarding in Dublin’s Temple Bar Square. They began cooking up a bubbling new sound, rooted in hip-hop but firmly resistant to categorisation. A steep rise in exposure put them at the centre of a new Irish scene and Columbia came knocking. There followed a run of effervescent singles like Herside Story and Flowers and support slots with Nas, Dua Lipa and Joey Bada$$, among others.

But the rising success wasn’t all positive, and Rose’s increasing struggles with mental health led to his departure. Around the same time, the band lost their record deal. They spent 2018 picking up the pieces, returning last year with 100 Miles. Their new EP, Superwired, dropped recently via Independently Popular, and Blues says it’s just the start. “We were three and now we’re two. Everything happened at the same time, and eventually the situation for them was a bit much for the label to handle so they opted out, it wasn’t like the music wasn’t performing,” he says. “Now it feels like we’re coming back to that place. This EP is us getting back in the groove, then we’ve got some really impressive shit coming.”

We were on the verge of going somewhere… Now we're back

Blues and Konstone have always stressed their fluid approach to genre, and that, along with their commitment to “peace and love” is more important now than ever. Blues highlights the contrast between the smooth, melodic electronic sound of EP tracks Baeboo and the harder-edged Minor Gangsters to make his point. He points to Pharrell, Rihanna and D’Angelo as inspirations, too. “I’m not just an MC, you get me? We’re very versatile, we’re genreless,” he says. “I don’t think people understand that there are literally no boundaries. Other artists say that, but we’re playing with sonics and different things.”

Suddenly, his bandmate Konstone ambles over (he’s been out and is back slightly late) wearing a big grin and talking about Hare Squead getting “bigger than The Beatles”. While they acknowledge that this is quite an outlandish thing to say, belief is certainly not in short supply. The kaleidoscopic quality of the beats and bars on their new EP backs them up. “Our style is not just hip-hop, so we’re confident that we’ll be able to reach out to enough people who fuck with music in general and just show our appreciation for music,” says Konstone. “The confidence is always sky high.”

Both members speak French, and Blues reckons it’s the first step to international success. “We’re on that journey of showing how far this thing goes,” he says. “There’s going to be songs in French, so we’re going for that market as well. We know how far we can take it and we’ve got so many influences. There was a little derailing on the journey, but now there’s nothing stopping us, we’re going to go all the way.”