On The Radar: Katy J Pearson 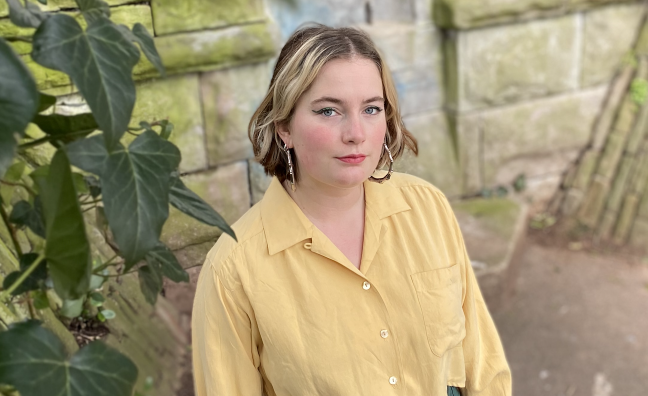 Katy J Pearson gets a kick out of the simple things in life. Based in Bristol, the singer and songwriter is quietly going about the early stages of establishing herself as a musician for the ages, shutting out the endless online scroll of modern living to concentrate on crafting a catalogue full of classics. Such ambitions might seem lofty given the 24-year-old is yet to release her debut album, but Pearson has been thinking about this for years. After sixth form, she dived straight into music as one half of buzzy pop duo Ardyn, alongside her brother Bob who now plays and records with “the KJP project”, as she calls it.

“I love James Taylor, Carole King and Joni Mitchell and I want to be as prolific as I can and write lots of albums,” says Pearson, who also has a thing for Western movies and lots of denim. “I want to make a living but I’m not really looking to be a big name, as long as people think what I’m doing is good, I’ll just keep doing it.”

One listen to her debut record, due later this year on Heavenly, suggests that she’s doing all the right things to achieve longevity. Impeccable vocals, rolling grooves, luscious melodies and simple yet mysterious storytelling define a record that’s steeped in tradition. It’s the album Pearson has always wanted to make, and it seems improbable that things might have turned out very differently.

I don’t want to give away too much, it takes the magic out of music

“Finishing the album was such a big achievement, something that really proved that I could do it,” she says. “After having quite a shit time with my previous band, it was a big moment. I’m still reeling and it’s so wonderful that people think it’s good and are excited about it. It gives me a foundation and is exactly what I needed.”

With Ardyn, who were signed to Universal imprint Method, Pearson often struggled with the creative process.

“It can be really shit and it was shit, but it wasn’t like The X Factor or anything. I grew up quite quickly and had to be quite feisty,” she says. “It was challenging and there were times when it was really horrendous, like being pressured to release things you’re not happy with or getting put in writing sessions with not very nice people that aren’t very tactful, but I don’t regret it. I wouldn’t be doing any of this if I hadn’t gone through that.”

The smiling Pearson is grateful for her path because it sharpened her sense of what she really wanted. Now, she just does what comes naturally, hoping that her songs make people feel safe, grounded.

“I was very insecure about writing more personal and raw songs,” she explains. “But I’ve lost that. All of my favourite musicians are completely honest, and once I got there it became much easier.”

Her next single, Take Back The Radio, is a hymn to the simple life, and Pearson is excited to release it during lockdown. A more reflective, slower time suits her just fine, while she’s getting used to doing weekly covers sets on Instagram Live. “The song will show people another side of what I do, more electronic, a bigger sound,” she says. “It’s exciting, especially when I’m not playing gigs, to see what will happen purely from exposure on the internet and radio.”

And Pearson is happy to while away the days until she can get on the road again. Just don’t expect to keep abreast of her every move. “I know social media means people want to know what your life is like, but I don’t want to give away too much because it takes the magic out of music,” she says. “You don’t want to know the person completely, otherwise there’s no mystery left...”