On The Radar: Tirzah 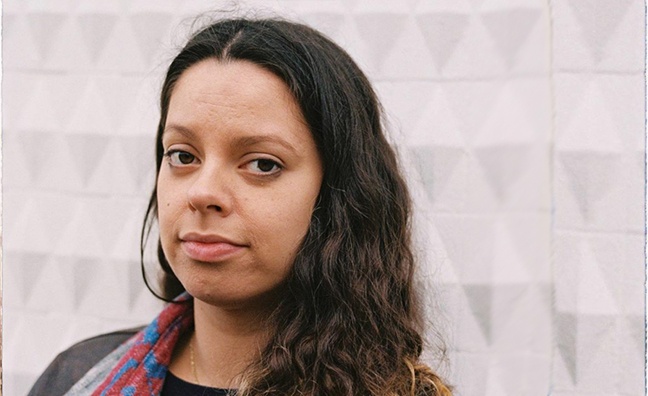 Gosh, I feel like I’m reaching into the depths of my memory, it’s pretty dusty…” Tirzah Mastin laughs as she tries to remember her time studying at The Purcell School For Young Musicians. In fairness, the Essex-born artist enrolled there 17 years ago, so any haziness is understandable. But, in a roundabout way, her years at the Watford school led Tirzah to where she is today – sat at home in South London talking about her recent debut album, Devotion, one of 2018’s strongest releases so far.

“It’s a really nice thing, that’s all you can hope for really, for people to connect to it,” she says. “It’s everything. Sharing it is the most important part, otherwise it just exists in a file on a computer.” A warm-hued collection of 11 simple, scuffed love songs made mostly on piano, MIDI and guitar with her old friend Mica Levi, Devotion is rooted in the end-of-the-night club sound Tirzah explored on previous EPs I’m Not Dancing and No Romance. It was made slowly, in “a real comfort zone” with sessions punctuated with jokes and snacks. The album condenses years of collaboration between Tirzah and Mica, who also attended Purcell and scored Under The Skin and Jackie, for which she received an Oscar nomination. Repeated motifs, breathy vocals and simple messages (“Don’t worry about worries,” “I want your hands around me”) make for an intense, open listen. Crinkles and imperfections heighten the intimacy.

“It’s a love album. I’ve always identified with love songs that are simple, transparent and quite short, to the point even,” she explains. “It becomes something else when you’re doing it with someone else who has their own interests, which is nice to take the edge off. I could never do it all myself, it would just be too much.” Tracks such as Gladly, Guilty and Holding On feel revelatory, both of relationship tribulations and Tirzah’s artistic strengths. She hasn’t read the reviews and didn’t consider any lyrical impact until “forced to listen to it in company [laughs]”, but Tirzah’s honesty is intentional. “I don’t see the need to dress it up,” she continues. “That’s the best thing about honesty, being able to identify with other people and honest thought or feeling.”

Tirzah is currently on maternity leave from her job as a designer, but is keen to push her music forward, with touring plans in the works. She’s already thinking about another album, too: “I think we’d do it really quickly, it’ll be refreshing to spend a compact amount of time on it.” But would it be another love album? “I don’t know. I’d have to consult Mystic Meg,” she says, laughing again. “Something tells me it would be different, but who knows…”