AIM Awards 2022: Stormzy and Rina Sawayama to be honoured for outstanding achievements 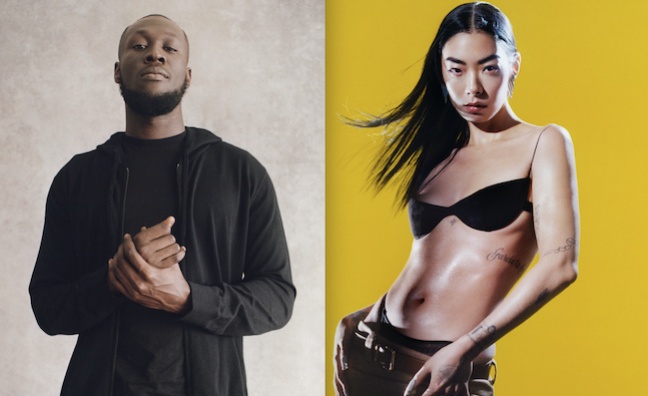 Stormzy and Rina Sawayama will be recognised for their outstanding achievements and groundbreaking work during this year’s Association of Independent Music (AIM) Awards.

The final nominees are also unveiled ahead of the ceremony on September 28 at London’s Roundhouse, with rising star Pixey completing the line up of the live show.

Stormzy will be honoured as Diversity Champion for using his platform to level the playing field in the music industry and inspiring wider society through his charity #Merky Foundation and #Merky Books.

Since its launch in 2018, the Stormzy Scholarship has provided financial support for 19 UK Black students to attend Cambridge University, helping to transform their University experience and positively change their lives. In 2017, the University admitted 58 Black British students to undergraduate degree courses; in 2020, this rose to 137. #Merky Foundation, founded by the musician, is committed to fighting racial inequalities, justice reform, discrimination and more within the Black community.

Stormzy won the Innovator Award in 2016 when he was self-releasing and the Independent Album of the Year for Gang Signs & Prayer and PPL Most Played New Independent Act in 2017.

Fresh from releasing a critically acclaimed second album and appearing on the cover of Music Week, Dirty Hit’s Rina Sawayama is set to be honoured with this year’s Innovator Award in association with Amazon Music. It is an accolade that recognises the bold visionaries who drive independent music.

As the final list of nominees are revealed for the 2022 AIM Awards, five hopefuls are up for the title of Best Independent Video in association with Vevo. The nominees include: Arlo Parks’ Softly, Ibeyi’s Made of Gold ft. Pa Salieu, 3210 by Jeshi, Wesley Joseph’s Cold Summer and FKA Twigs’ Tears In The Club feat. The Weeknd.

Following the public vote, in which over 29,000 fans had their say, the Best Live Performer shortlist has been whittled down to its final few names, with Ben Böhmer, Idles, Mitski, Shao Dow and The Hu in the running for the coveted trophy.

The ceremony will be hosted by BBC Radio 1Xtra’s DJ Target and TV host and presenter Joelah Noble. The show will also include performances from The Libertines and Lethal Bizzle, who’s taking home the trophy for Outstanding Contribution to Music in association with Merlin.

Liverpool rising star Pixey is the third and final performer to be announced for the live show and afterparty - tickets are on sale here. Ceremony tickets can be purchased here.